Experience It: Fishing In The Okavango Delta 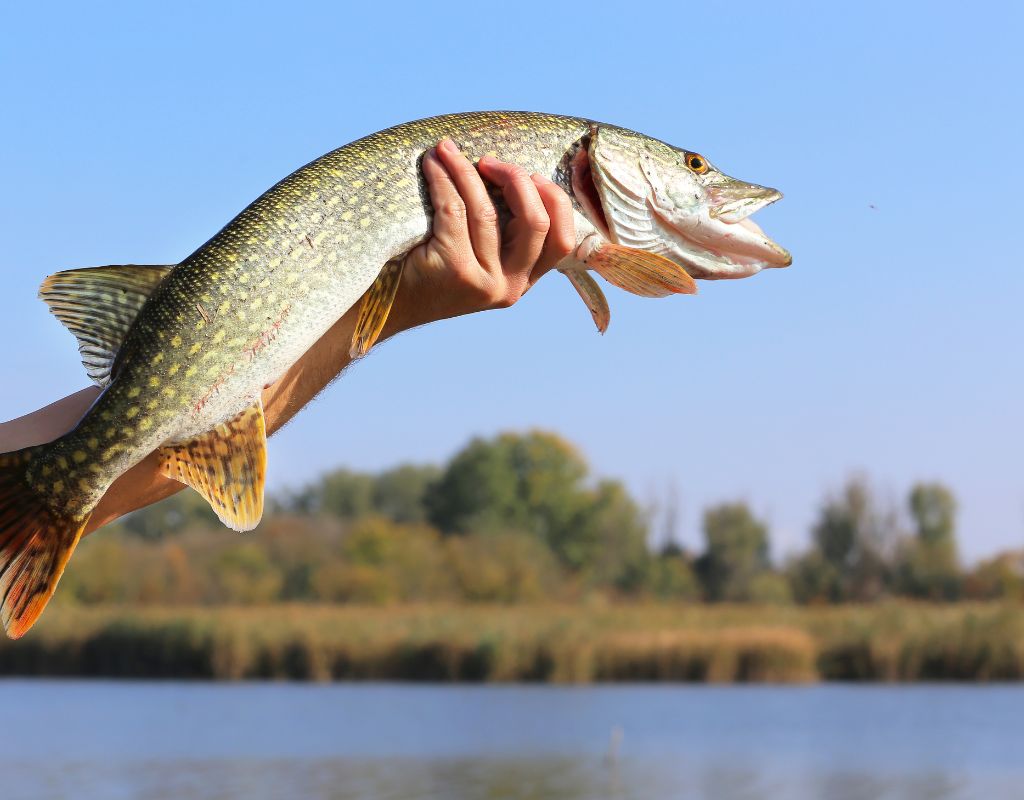 The waters of Botswana are infamous among those who love recreational fishing. Take a trip and cast your line to experience the best of what Botswana’s waters have to offer.

Fishing in Botswana’s Okavango Delta can sound extreme to some, especially considering the type of wildlife the country is famous for. You might feel outnumbered, but in a truly exhilarating way. Read on to find out what to expect when fishing in the waters of the Okavango Delta.

For the fishing trip of a lifetime, Mack Air can get you there. Book a chartered flight in and around Botswana with us today. 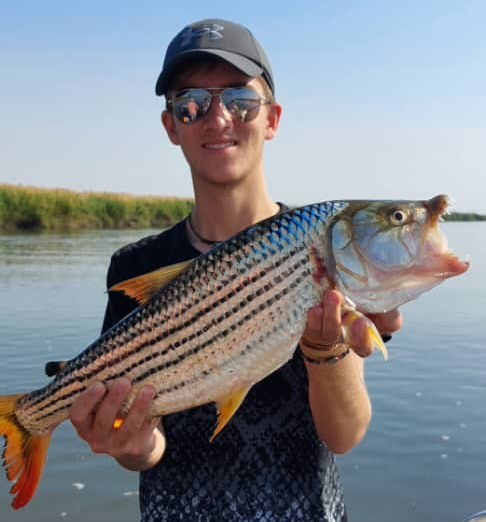 When setting off in a motor boat with your fishing guide, you’re immediately met by the stunning views of the Delta. Take a long sip of your drink, relax and enjoy the beauty that only Africa has to offer. Pair this view with the peaceful sound of the water moving next to you, and you’ll feel like you’ve entered a whole new world.

The fish aren’t the only exciting thing in the region, the unique birdlife in the area makes it perfect for birders. The Delta is home to over 400 bird species.

Once you’ve cast your line, keep an eye out for the African fish eagle and Pel’s fishing owl. Both of these predatory birds will most likely be trying to catch their next big bite while you’re trying to reel yours in.

“Aviation is my life, fishing is my release, a bit like ‘catch and release’. Every flight with Mack Air is a great catch and every fish should be released” – says Michael Weyl, Mack Air’s Managing Director, when asked about how he feels about his fishing hobby in Botswana.

Fishing is something that Michael and his family absolutely love, and while there are roughly 70 species of fish which you can hope to catch in the Okavango Delta, they have personally had some incredible catches which include African pike, tigerfish, three spot bream, and barble in both the Delta Panhandle and the Chobe river. Mack Air has inside information on where to find exactly what you’re hoping to catch.

Other common species include tilapia, bass, and a variety of bream, not just the three spotted kind.

The size of the catch is entirely dependent on the type of fish you’ve caught. While the African sharptooth catfish can grow up to 1.4m (4.6 ft), the sickle barb might only come in at 3.2cm (1.3 in). The key here is to be prepared for anything. 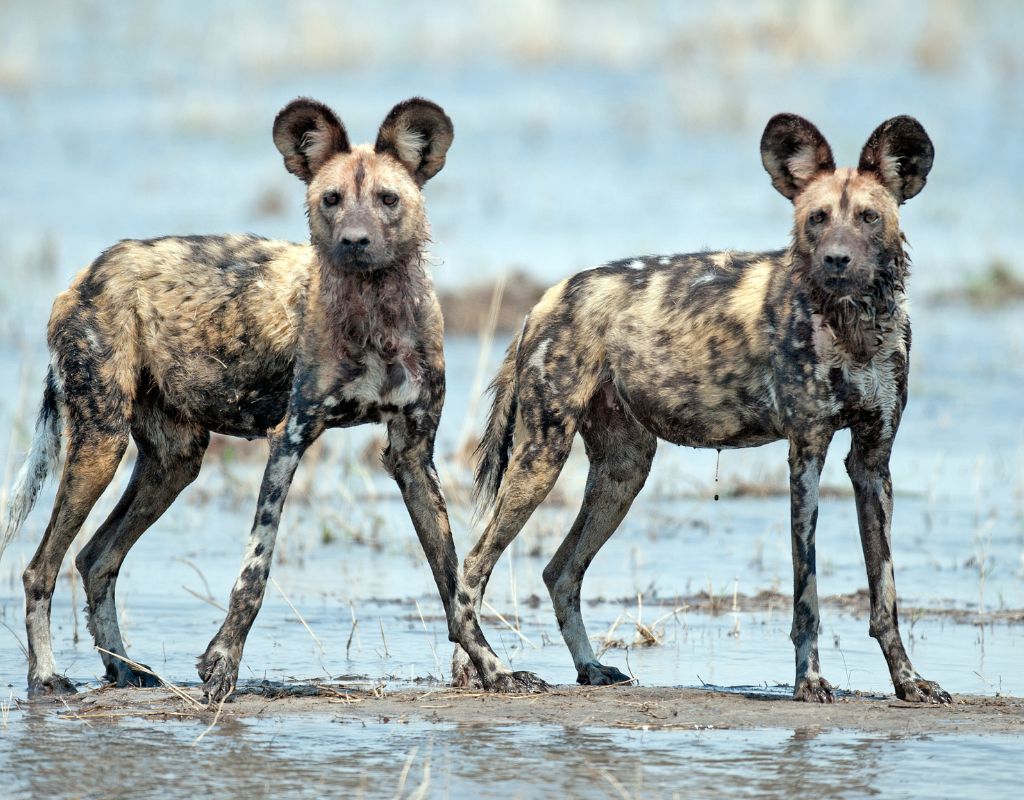 The wilderness in beautiful Botswana is a wonder to behold. Even if you came for the fish, you will see some amazing wildlife by default.

Keep an eye out for crocodiles and hippos who might be floating side by side as you navigate your way through the waters. Remember, here you are in their domain and they will be watching you.

The Okavango Delta is vast and it has a wide variety of wildlife, this is due to the rich ecosystem and how it is protected.

As it’s home to Africa’s largest land mammals you can hope to see elephant, buffalo, lion, cheetah, leopard, hyena, both black and white rhinoceros, and so much more. The most notable being the African wild dog. The species is endangered, yet they thrive in the Delta.

The aquatic environment of the Delta makes for a rich and complex ecosystem with a wide variety of tree and plant species. This is truly the place where you can find the circle of life as the plant population helps to support the wildlife within the Okavango region.

Many people find the diversity in the area amazing. See everything from papyrus-lined waterways to open grass plains filled with palm trees and wild sage.

When To Go Fishing In The Delta 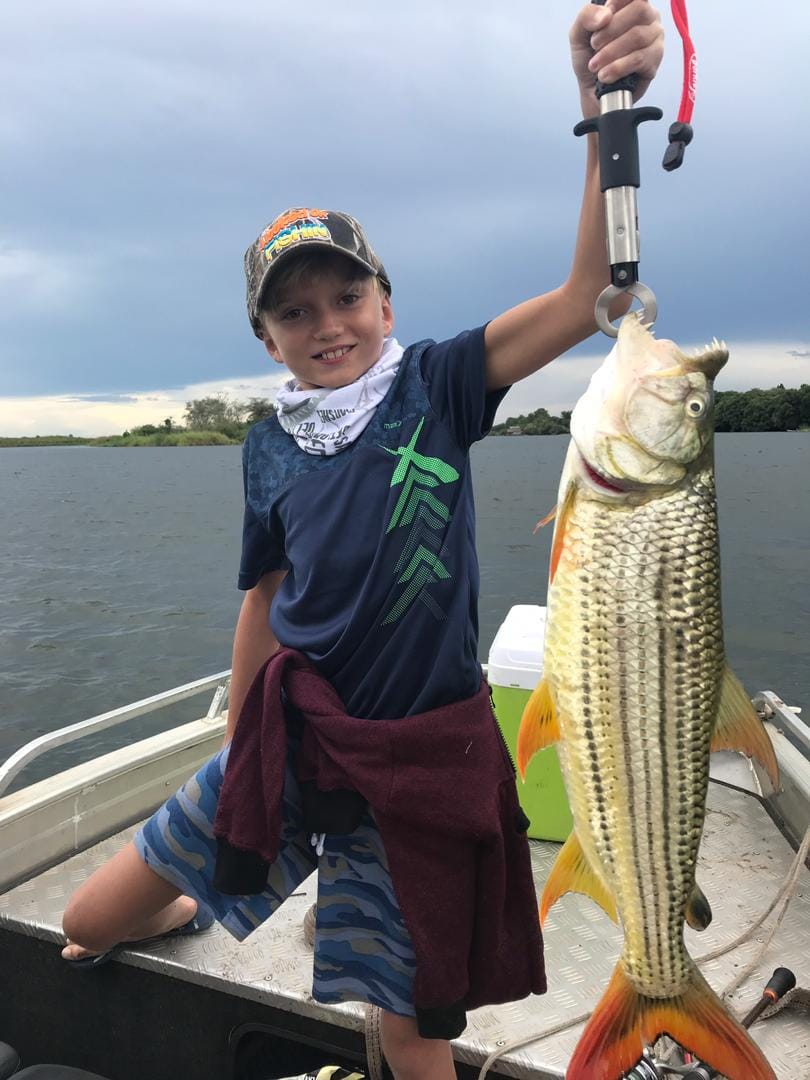 When it comes to fishing, timing is everything. In the Delta, the fish breed best in shallow waters during the months of May to August because of flood season. Many of them return to the main channel from September to March.

The best fishing months are between September and October when the water is at its warmest. Lucky for you, this coincides with the region’s best game viewing times too. No one can deny this is just an irresistible combination.

If you are looking for the best places to stay some lodges in the Delta offer secluded tents. These classic “deep Delta” camps offer the perfect blend of game viewing, birding, and fishing trips.

Get Your Fishing Rod Ready 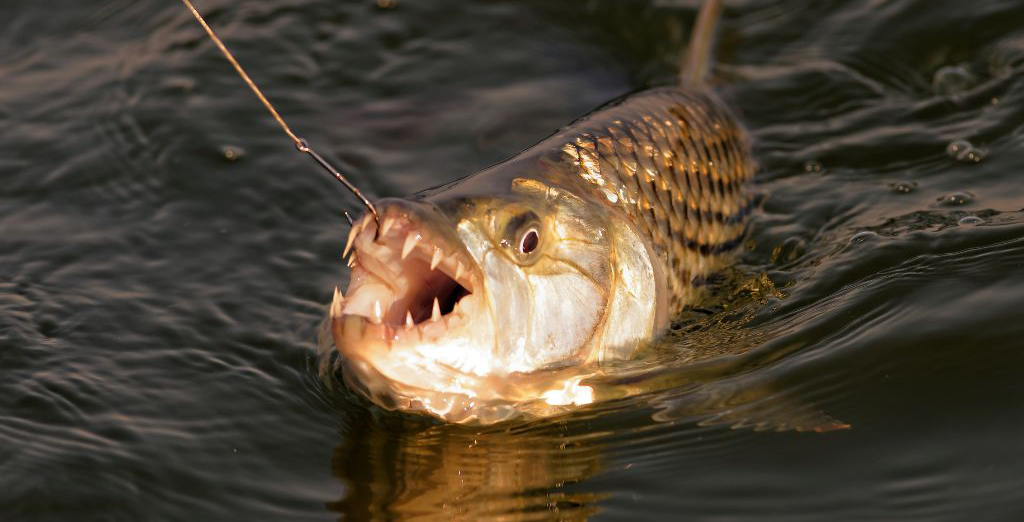 How often will you be able to boast that you were able to catch some of the most sought after fish on the planet, while watching some of the world’s largest land mammals in action? A fishing trip in the Okavango Delta is truly a once in a lifetime experience.

Imagine the water, the African backdrop, ice-cold drinks and all the magnificent fish you might catch…

Take the trip you’ve been dreaming of and book a chartered flight to Botswana.