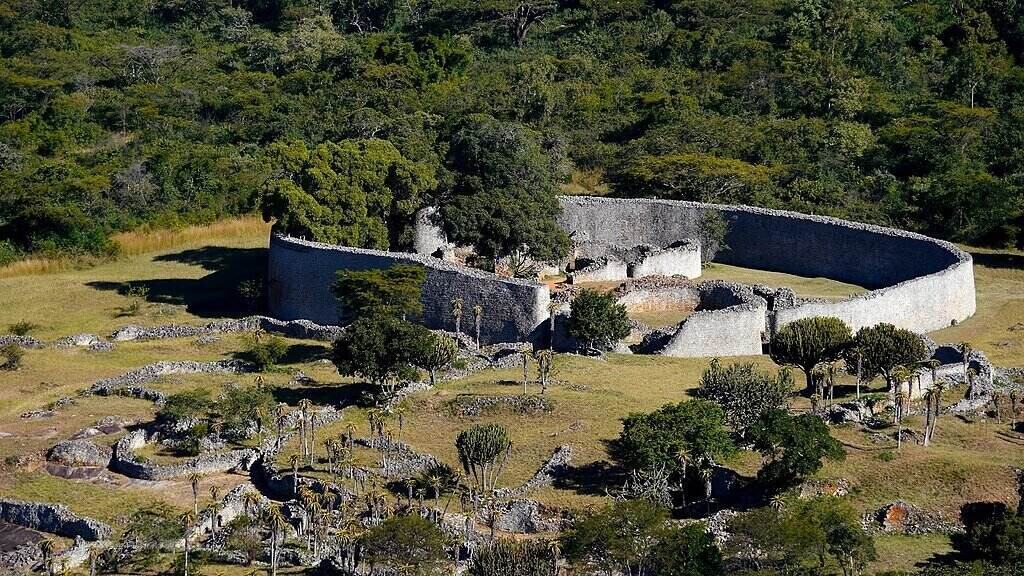 It is arguably one of the most phenomenal architectural landscapes in sub-Saharan Africa. In the sparsely populated region of the Shona people, you’ll discover the Great Zimbabwe National Monument, in all its majesty.

Archaeologists today are left in awe over the many untold secrets of this Zimbabwean landmark. Yes, there is still so much to learn about this ancient city. And, in addition to its colourful history, Mack Air also has a past that interweaves with Great Zimbabwe.

Let’s go on an adventure and explore the mysteries of the Great Zimbabwe National Monument. We’ll also pay tribute to Lake Mutirikwi and one of our Mack Air local legends. 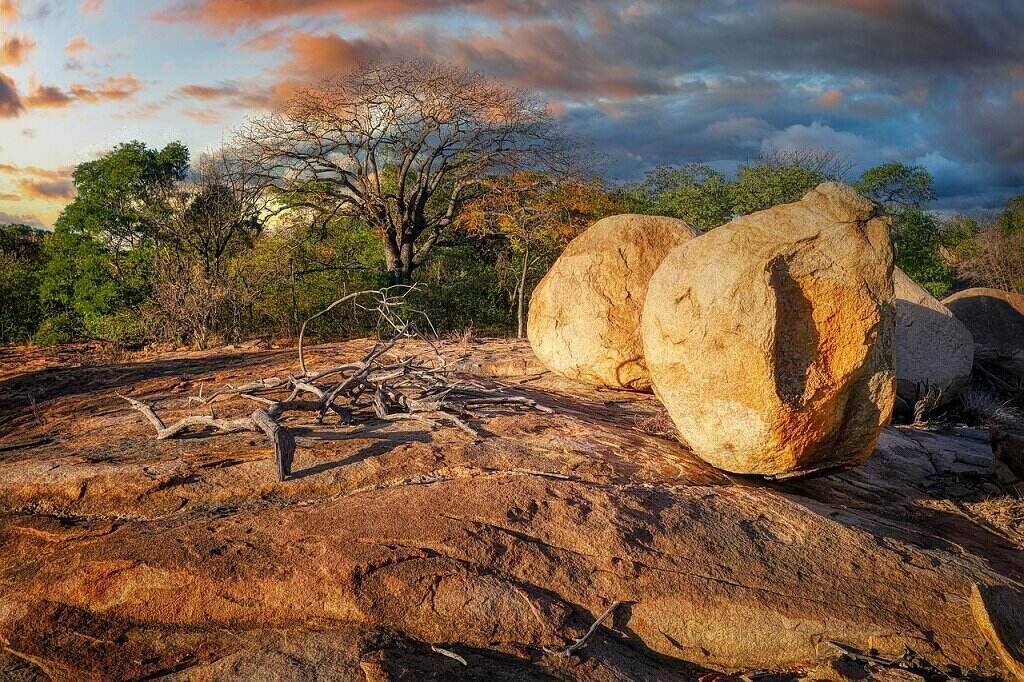 This ancient city is thought to be the remains of a great kingdom. Although only a single complex stands today, it is estimated that this monument was one of several that existed in the region.

You might wonder when Great Zimbabwe was built and why. Credit for this national wonder goes to the ancestral Shona people. The Shona are the main Bantu ethnic group found in Zimbabwe.

These masters of sculpture crafted the city between 1100 and 1450 AD. It is estimated that Great Zimbabwe had its heyday up until the 15th century when it was abandoned.

The reasons for its abandonment are unclear, but some theories include overpopulation and migration. Perhaps the versatile Shona people went on to craft more prominent landmarks.

The monument stands as a testimony to Great Zimbabwe’s history, which is both rich and fascinating. The city was part of a large and wealthy trading network.

Archaeologists have found artefacts within this site that originated from faraway places like China and Persia. It is believed that the elite inhabitants of the kingdom controlled trade up and down the east African coast.

It is easy to see why this monument is high up on the list of things to see and do in a country as multifaceted as Zimbabwe. Modern-day Zimbabwe is so proud of its ancient legacy that they named the country after the monument. “Zimbabwe” translates to “stone houses” in Shona. A fitting name for a kingdom fashioned from stone. 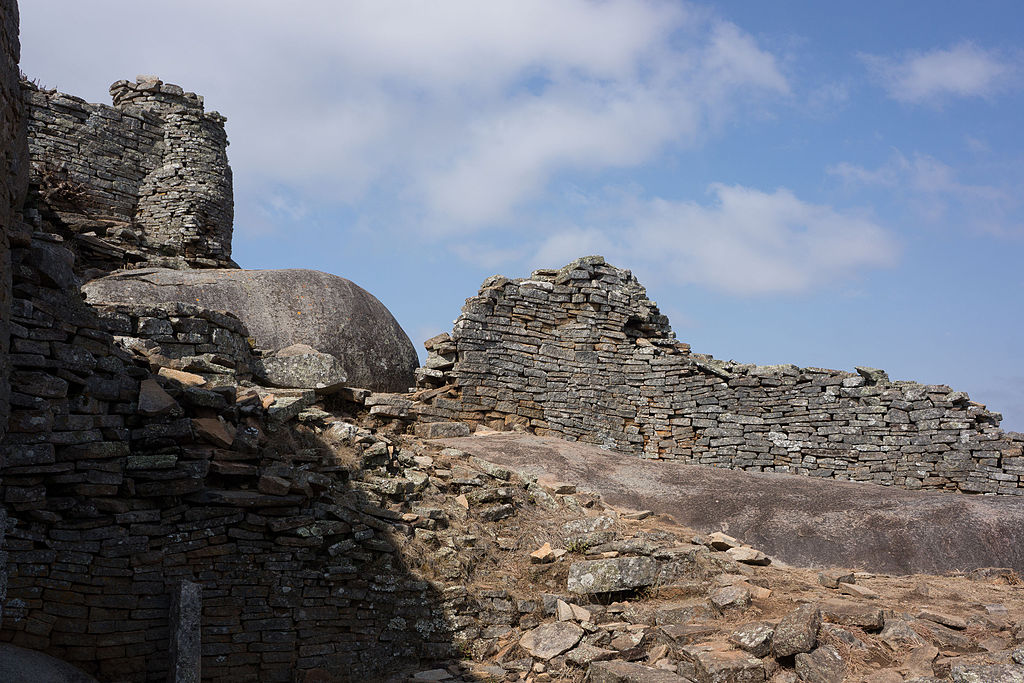 The Great Zimbabwe historical site is divided into several sections. There is a story to discover behind each one!

Up on top of the steepest rise of the site is the Hill Complex. This section is the oldest of the ruins and is said to have undergone reconstruction many times.
Hill Complex is believed to have been the religious centre of Great Zimbabwe. This site may have been used by the Shona to worship their ancestors and idols.

An example of these idols has actually been found in several sections of the Zimbabwean ruins. Archaeologists unearthed soapstone bird sculptures that are thought to have had religious significance. You can even see these birds on the modern Zimbabwean flag today.

Valley Ruins make up the next section. Scattered with the remains of houses, this section offers you a chance to travel back through time and catch a glimpse into the lives of ancient Zimbabwean people. Imagine how exciting it must be to get a feel for how people lived back then.
The distribution and number of mud-brick houses in Valley Ruins suggests that this mighty kingdom boasted a large population. It is thought that between 10 000 and 20 000 people lived in this section. 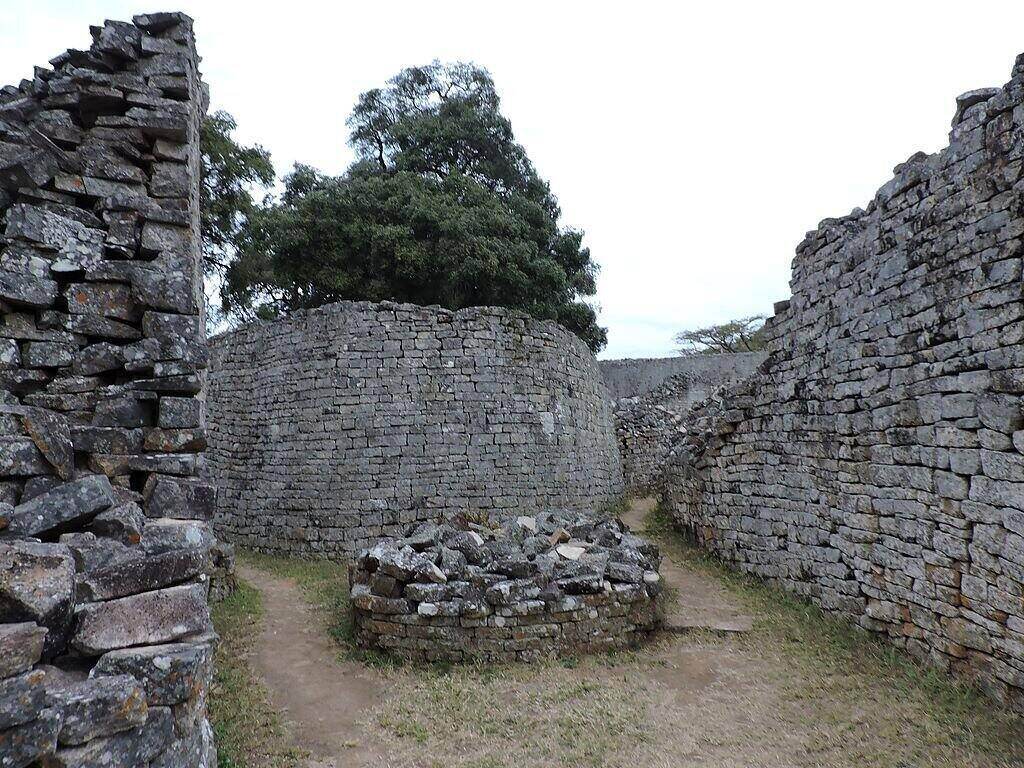 Last of the sections, but certainly not least, is the Great Enclosure. This intricately built structure is thought to have served as the royal compound. It is the structure most associated with Great Zimbabwe.

Located to the south of the hill, the structure is nearly 328 feet (100 metres) wide and 837 feet (255 metres) in circumference. It is one of the largest ancient structures in sub-Saharan Africa.

Built out of granite blocks, the Great Enclosure is an architectural masterpiece. Elegantly dividing the space of its inhabitants into living quarters, a community area, and a narrow passage leading to a grand conical tower.

This structure is arguably the highlight of the Zimbabwe ruins. The ellipsis-shaped compound speaks to the hard work and detail that went into constructing this most magnificent of Zimbabwe monuments.

Lake Mutirikwi & Our Tribute To A Legend 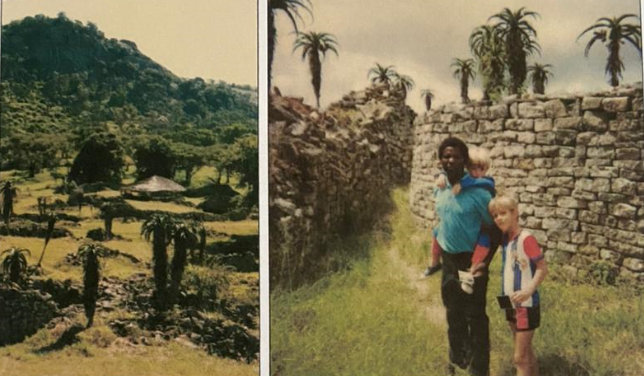 Nearby the Great Zimbabwe Ruins, you’ll find a refreshing change of scenery in the form of Lake Mutirikwi Recreational Park. An absolute wonder, it covers an expanse of approximately 16 900 hectares. 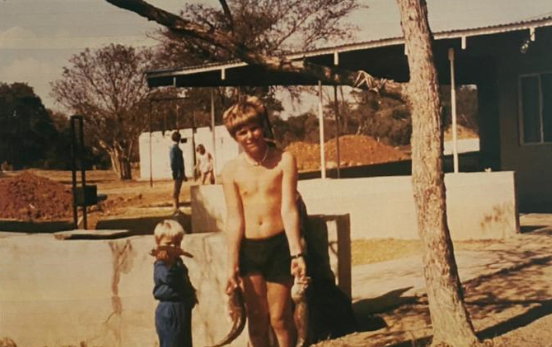 On a personal note, Lake Mutirikwi is a place filled with memories for Mack Air’s Managing Director Michael Weyl. Known as Lake Kyle back then, Michael and his brother Dr Olaf Weyl lived in Masvingo, Zimbabwe from 1983 to 1989.

Lake Kyle was a familiar stomping ground for the two siblings, a destination that shaped the brothers’ love for Africa. Both went on to give back to this beautiful continent. Michael, through his tourism and conservation efforts, and Dr Olaf, through his impact on the freshwater community. 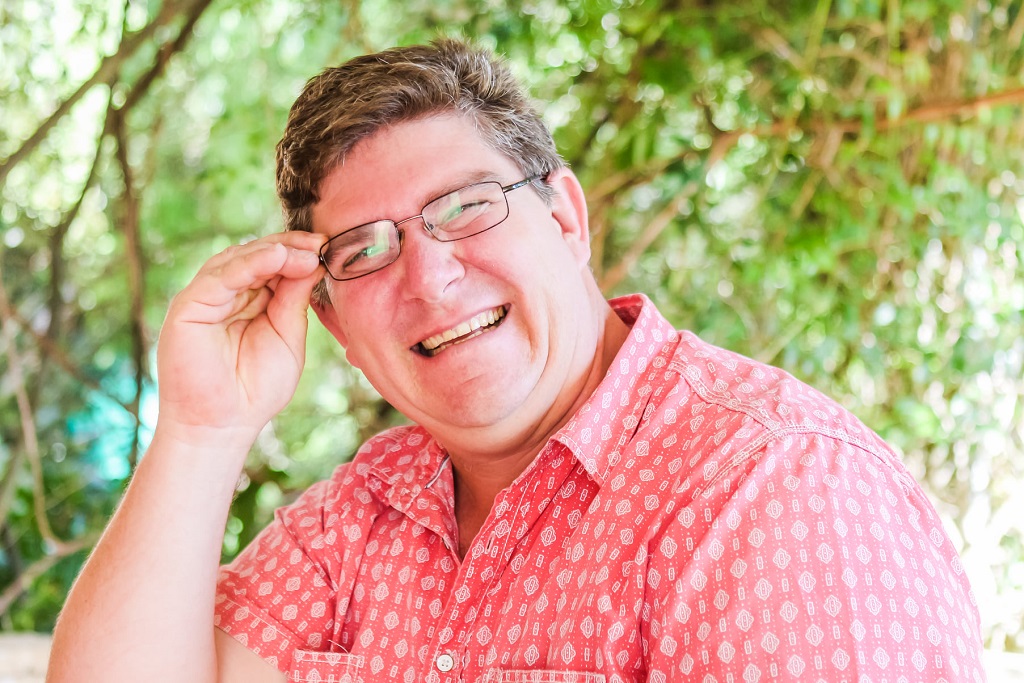 Tragically, Dr Olaf Weyl passed away on 20th November 2020. It wouldn’t have felt right for us to describe Great Zimbabwe and Lake Mutirikwi without taking the opportunity to pay tribute to Dr Olaf and his wife, Michelle Weyl.

Dr Olaf was internationally recognised and respected for his work at The South African Institute for Aquatic Biodiversity. He made his mark as a pioneer in freshwater research and has driven forward African aquatic science locally and globally.

Larger than life and a family man, he is sorely missed and we dedicate this section to his memory. It was a privilege to know him – a true legend of Zimbabwe!

Where Is Great Zimbabwe Located? 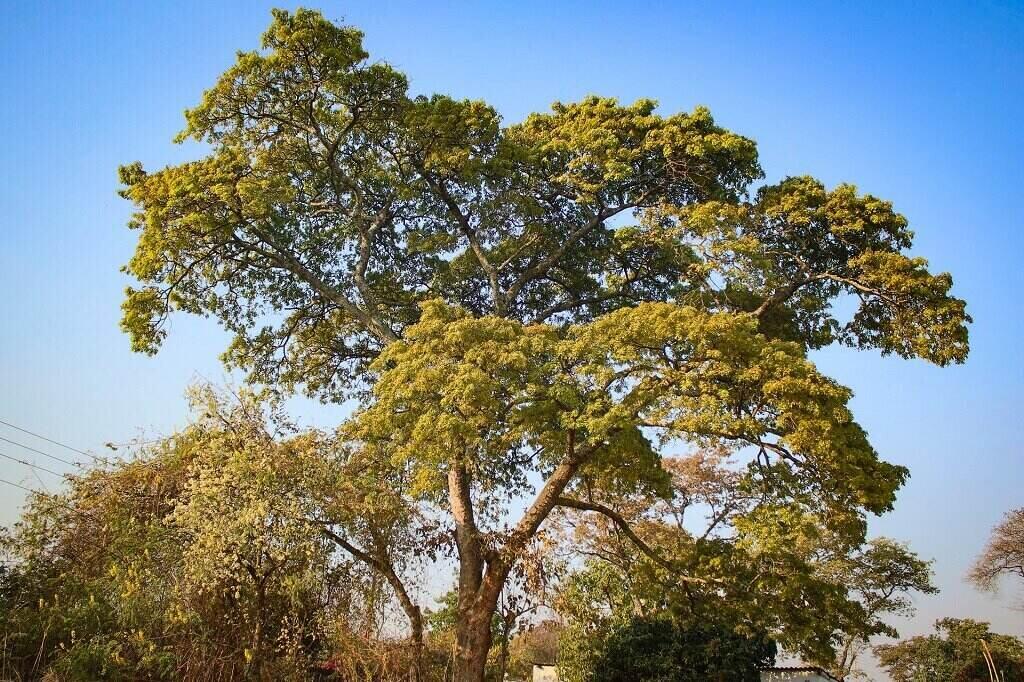 A scenic 4-hour drive will take you from Harare to Great Zimbabwe. The monument lies south of Zimbabwe, just 18,6 miles (30 km) from Masvingo.

One of the most treasured of Zimbabwe’s historical sites, it is easy to see why the area of great Zimbabwe is protected at all costs. The United Nations designated these ruins a UNESCO World Heritage Site in 1986.

It was given this protected status partly because of unfortunate looting and destruction that occurred in the 20th century at the hands of European visitors. This is one reason that the Zimbabwean people have only allowed a limited number of archaeological excavations over the years. 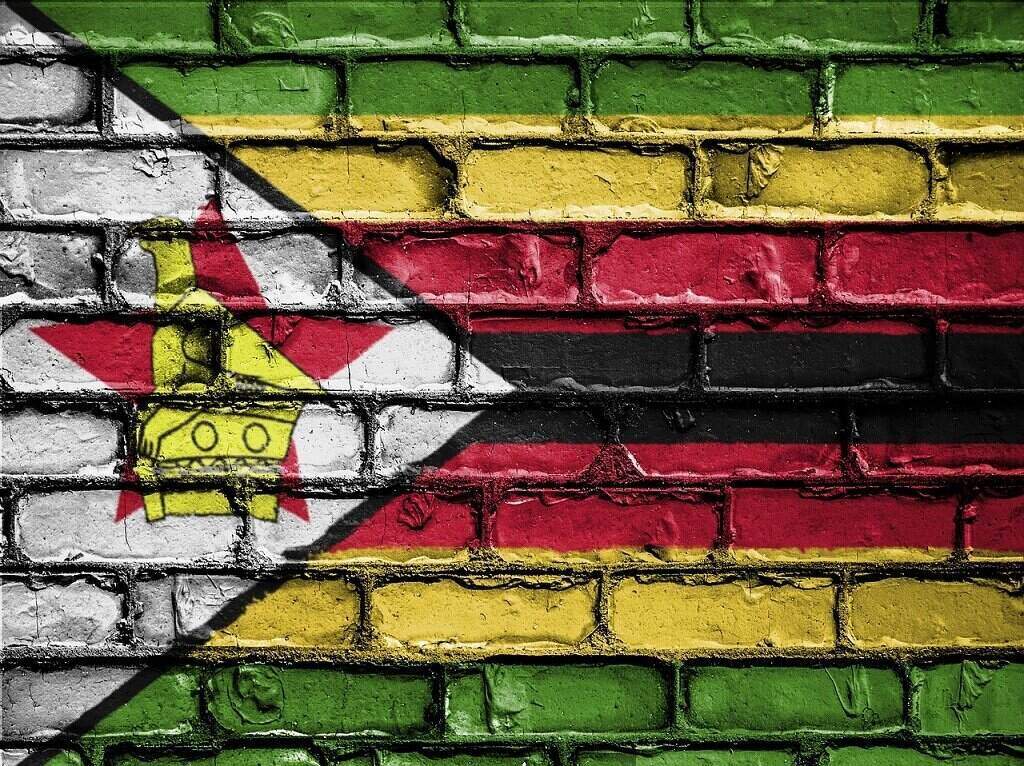 Adventure reigns king in the country of Zimbabwe with awe-inspiring destinations like Lake Kariba and Hwange National Park. Yet, Great Zimbabwe offers something different – the chance to explore the origin tale of this African nation. An opportunity to truly embark on a journey of discovery.

Come and explore the preserved history of this mighty nation. Book a trip to the Great Zimbabwe National Monument.