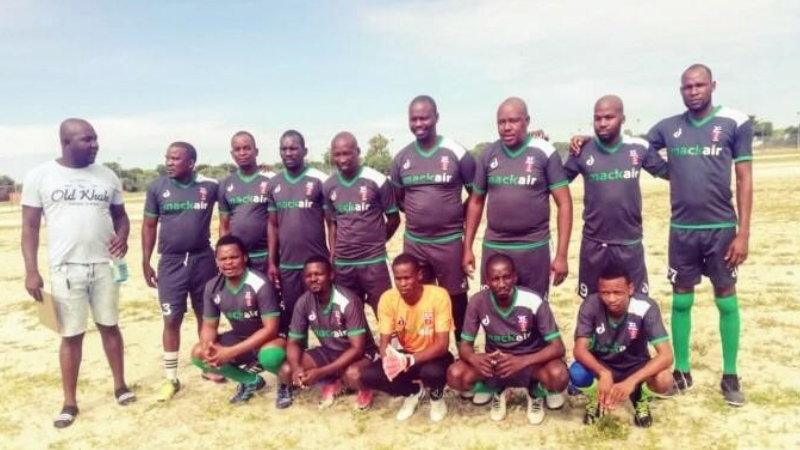 Green Tail continues with its great work in the community of Maun, this time around Mack Air sponsored a well know Soccer Team named XI Man. We got a moment to ask the community soccer team some question and the interview goes as follows;

– When was XI Man formed?
XI Man was formed in August 2009 with about 11 players and that is how the name came about.

– How many members is the team formed of?
Currently, we have about 50 subscribing members and we continue to attract large numbers of people who are interested in following the largely growing movement.

– What inspired the team, to become?
The main idea of the team was to do community works by giving out to the less fortunate people, the other main objective was to spread the word

– How has Mack Airs Sponsorship helped/ improved the team?
The sponsorship from Mack Air has motivated the team and we of now the team is well known and more people are willing to sponsor seeing that the team has done incredibly well in terms of giving back to the community. The team has donated toiletries worth over 30k to Gantsi senior, We also bought spectacles for one of the Sedia Junior School students for a student in the same school. The idea is to continue donating for different schools every year. We took part in the Prize Giving ceremony, with intentions of awarding the best students in sports because we’ve noticed that there are very talented sport students but because they cannot perform well academically, their talent is hardly recognized.