Ubuntu is an ancient African term that essentially means humanity to others. The spirit of Ubuntu speaks to the fact that one cannot live well if their neighbour does not also live well. On this foundation, the essence of Southern Africa is built.

It is no different with our continent’s animals. Our diverse wildlife and idyllic land are what makes Africa so special. That’s why sustainable tourism and conservation are so prevalent and important to us as a nation.

Found just 9 miles (15 km) outside Lobatse on the Gaborone Road, the fun-sized Manyelanong Game Reserve shares in this spirit. The reserve looks after its wild charges, extending even greater care to one particularly endangered, unique, and misunderstood creature.

Take a journey and experience the magic that Botswana has preserved for generations. Come and learn about Manyelanong Game Reserve and its marvellous vulture colony. 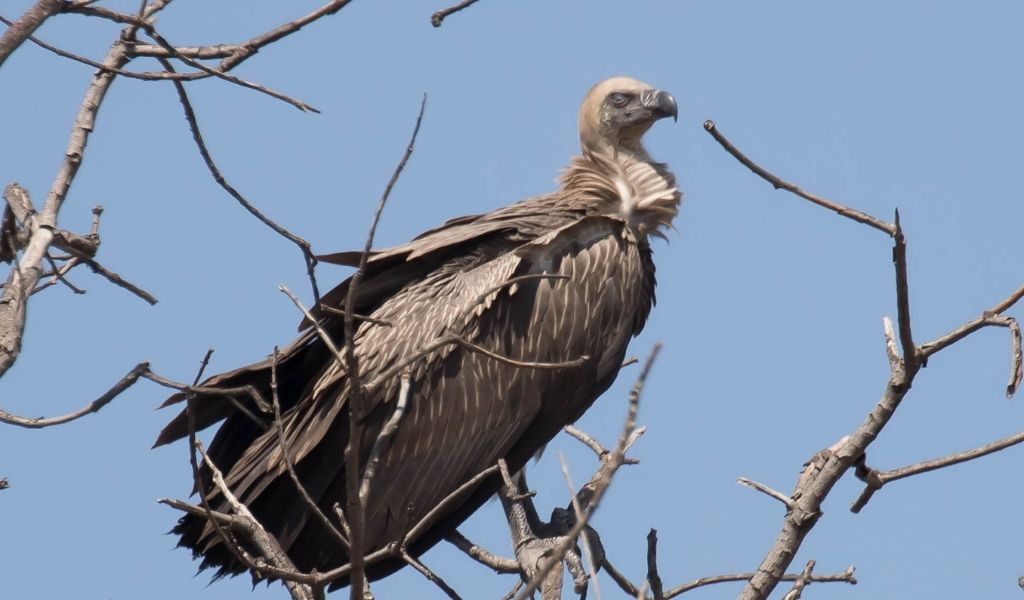 Manyelanong is the name of the hill north of the village of Otse. It is in this tiny village that Manyelanong Game Reserve can be found.

According to legend, Manyelanong means, “where vultures defecate” in Setswana. This is a direct reference to the white guano-covered cliffs where the vultures live.

The steep Otse Hill was declared a game reserve in 1965. The hill’s summit reaches a height of almost 1 mile (1.5 km) and is believed to be the highest point in Botswana.

This game reserve is considered vastly important as a direct result of the Otse Vulture Colony. Here the remarkable Cape Vulture (Cape Griffon) is fully protected under the laws of Botswana.

Let’s take a look at what makes this bird so special and why there is a fierce effort to protect this species. 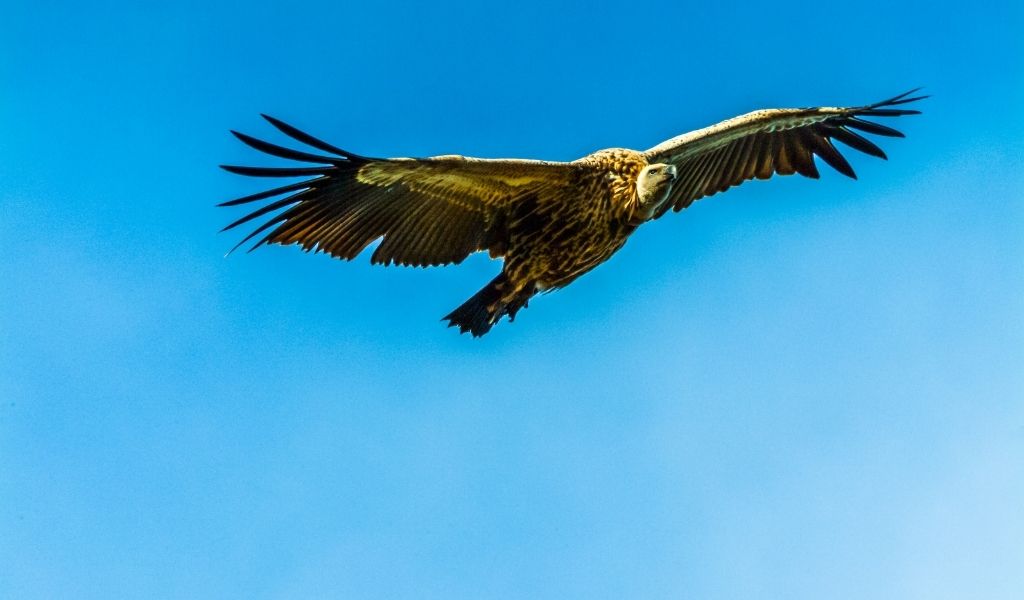 The Cape Vulture is characterised by a cream colour with contrasting dark brown wing and tail feathers. Catching sight of these animals can be quite jarring due to their size and striking features. Its head and neck are near-naked and it has bulging yellow-ish eyes and a black bill.

Although the Cape Vultures’ looks are undeniably hair-raising, this raptor plays an important role in maintaining a healthy ecosystem. These misunderstood birds help by cleaning decaying carcasses, which helps to prevent nasty disease outbreaks.

Consider them Nature’s Cleaning Crew. Vultures assist with preserving the environment’s cleanliness and sanitation for all wildlife.

Unfortunately, these birds are becoming more of a rarity as the species becomes threatened.

There are several reasons for the vulture’s population decrease. Some of the prime suspects are:

The steady loss of these birds led Botswana to recognise the need to establish and protect a breeding vulture population.

Cape Vultures have naturally nested in the game reserve for hundreds of years. The need to help the species through intervention only came about in the last 40 years or so.

By keeping the area protected for this species, the population has raised from 50 breeding pairs in the late 1960s to just under 70 pairs. This is one of the largest colonies of vultures in Botswana.

Seeing the colony of large vultures dotted in and among the white guano-covered cliff is a thrilling experience. Keep your head about you though. Visitors are asked not to make excessive noise to help keep a calm environment for the birds.

Leaving food lying around is also strictly forbidden. This is to ensure the birds remain healthy by exercising their amazing stamina. After all, it is believed that the Cape Vulture can fly up to several hundreds of kilometres to the Kalahari Desert to scavenge for food.

When To Visit The Vulture Colony 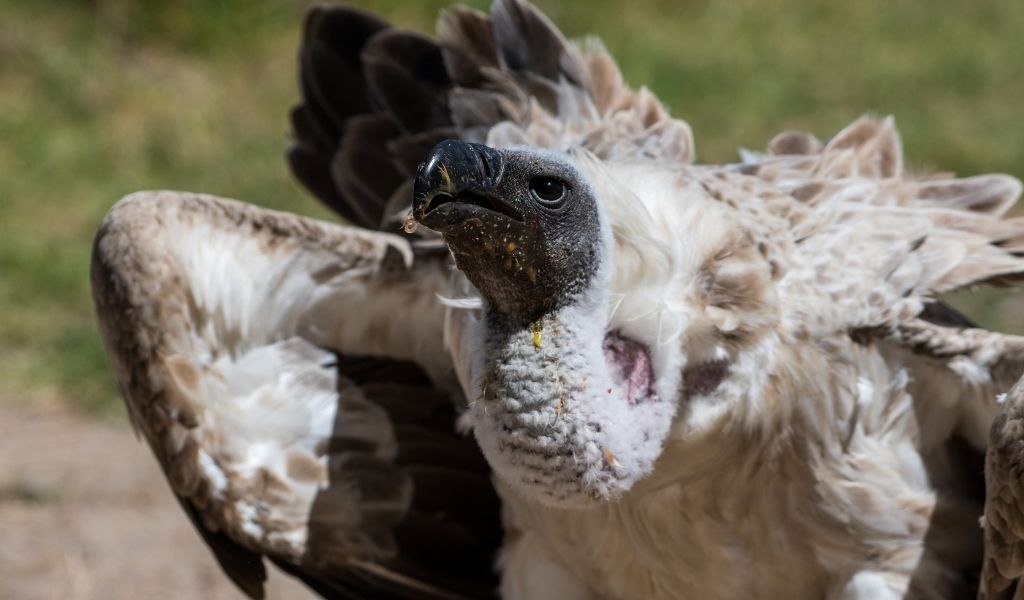 Because of its important conservation function, public access to the reserve is restricted. Not to worry though, you will still have an opportunity to see these beautiful creatures in their natural habitat.

All you have to do is get permission from the Department of Wildlife and National Parks. Or, you can see them from the Gaborone road if you’re staying in Botswana’s thriving capital.

For the best viewing, you should book your trip during the winter months between May and August. This is right after hatching season and gives you an excellent opportunity to see adult vultures and, if you’re lucky, their hatched chicks! 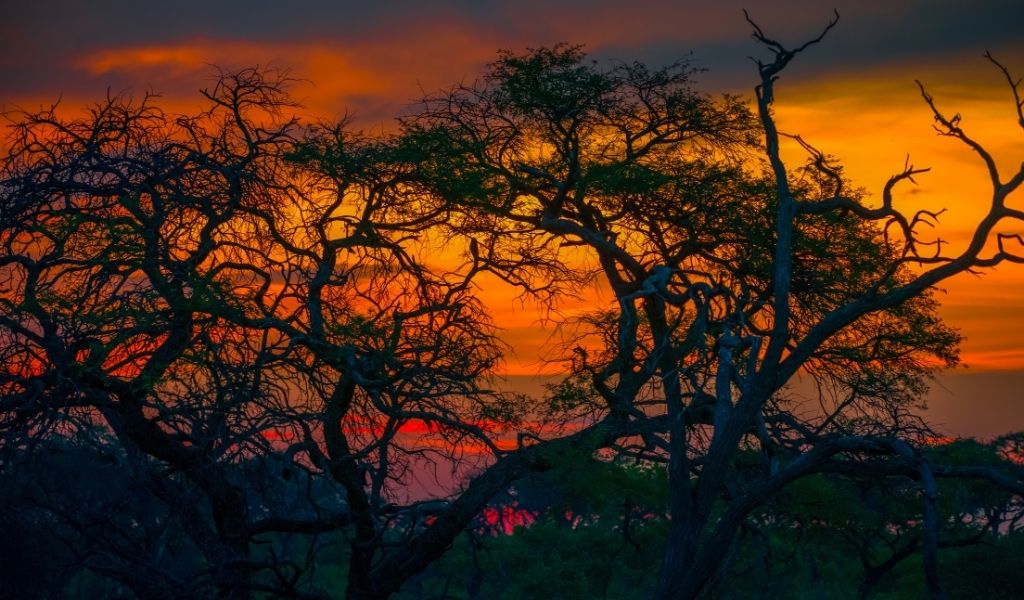 While the primary spectacle of the game reserve is the vulture breeding colony, there is so much more for you to look forward to. This mini-reserve holds its own against Botswana greats like the Central Kalahari Game Reserve and the famous Chobe National Park.

Let’s take a quick look at a few other highlights of the reserve.

People with an adventurous spirit can take a trip to Refuge Cave. This spot gives a little taste of the area’s great history. Discover some of the pottery that was previously unearthed here. Or, maybe learn about how the cave was once used as a Dutch hiding spot in the 1870s!

Other fantastic activities include breathtaking hiking trails, guided walks, and even an opportunity for a bit of relaxing fishing. The fun is only limited to your imagination.

If you’re staying in the capital, ask your hotel, lodge, or camp staff about activities in the area. Many vacation accommodations offer 4×4 safaris and action-packed itineraries. Consulting the locals and residents will also give you an idea of the best restaurants and nightlife for evening entertainment! 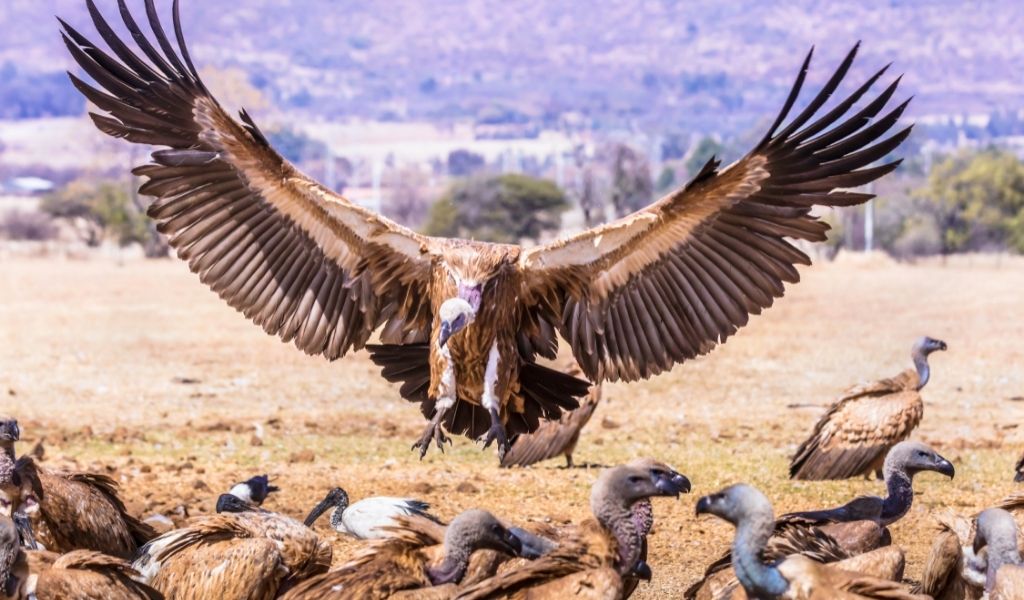 eauty is often found in the most unlikely places and nowhere is that more relevant than with the Cape Vulture Colony at Manyelanong Game Reserve!

This country is sensational with a flair for the dramatic. Don’t miss this thrilling opportunity. Pay attention…Botswana beckons.