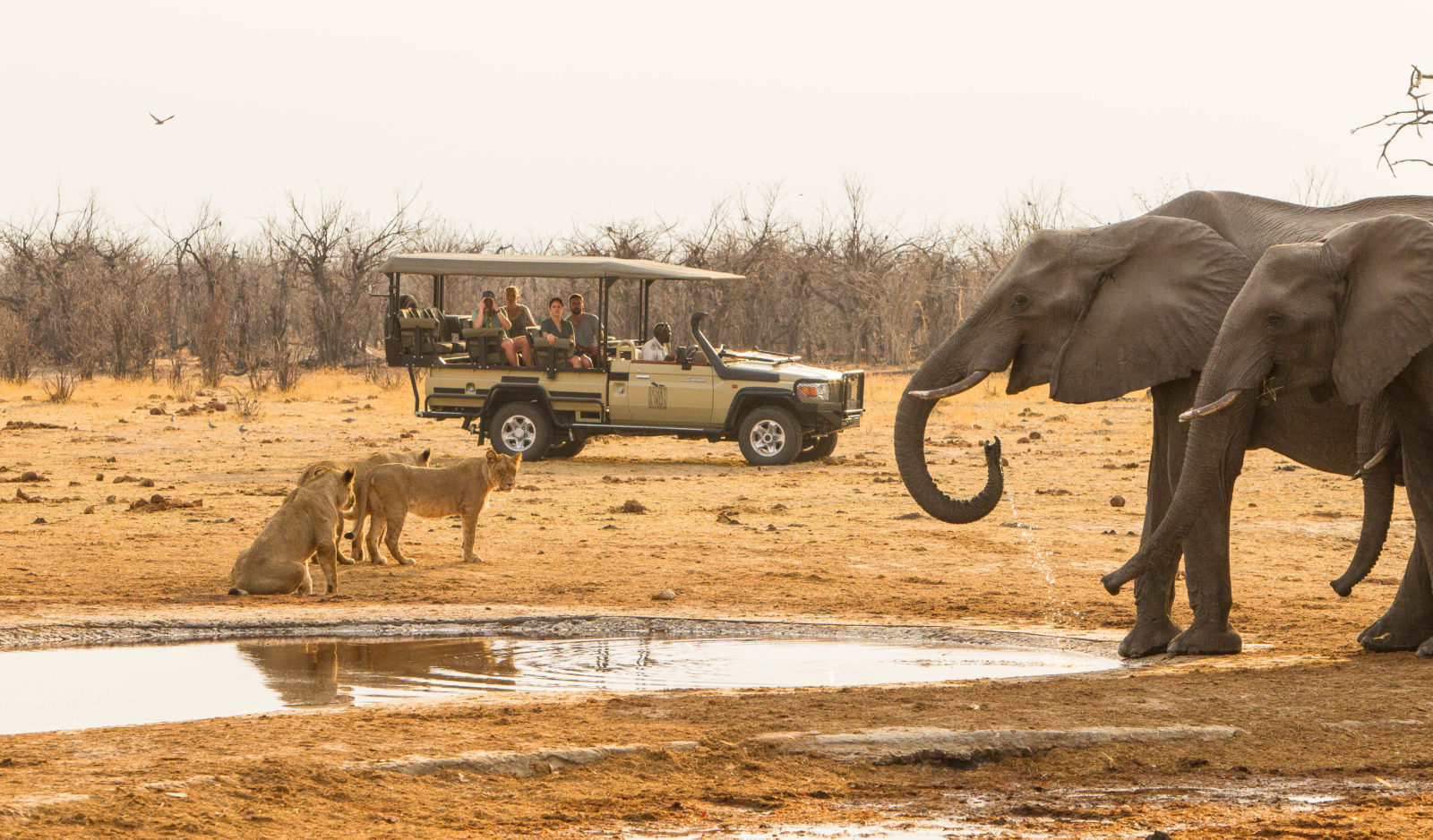 The Savuti area, also spelt as Suvete, borders Chobe National Park to the east. On the west side, it runs alongside the Okavango Delta. Famed as one of Africa’s well-known big-game regions, it is a place where enchantment meets the unexpected.

With regards to wildlife, Savuti has a reputation for its predators. Visitors can expect to get familiar with the area’s resident lions and spotted hyena populations. For those planning on a trip to the Savute Channel, you may be lucky enough to encounter a few leopards too.

In this post, we’ll look at the meaning behind Savuti and delve into the area’s geographical features. We’ll also discuss accommodation and the best way to experience this incredible area. 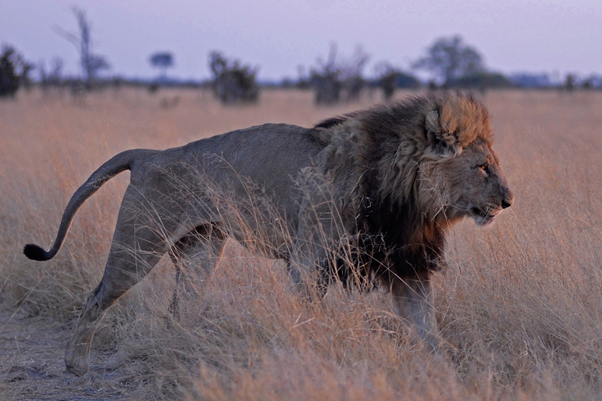 Interestingly enough, “Savute” means mystery or unclear in the local Bayei language. It hints at the unpredictable, to something that can’t quite be explained. The reason for this enigmatic label stems from the history of the Savuti Channel.

Roughly 40 kilometres to the northwest of Savute lies two of Botswana’s hidden gems: Linyanti and the Savuti Channel. This channel acts as a link between the Linyanti Marshes and the Delta’s Selinda Spillway.

The Savute Channel is fascinating because of its tendency to spontaneously flood and dry up – regardless of the timing of the rainy season or the water levels around it. This channel has its own rhythm, that acts independently to normal contributory influences.

In 1925, when the connected Chobe-Linyanti river system experienced record flood levels, the Savuti Channel remained dry and unresponsive. An effective example of the independent, mysterious and temperamental nature of this region.

One of the most plausible reasons for the channel’s irrationality is that the area is affected by tectonics. The channel’s water flow is believed to be influenced by the indiscernible contraction of the earth’s surface crust. 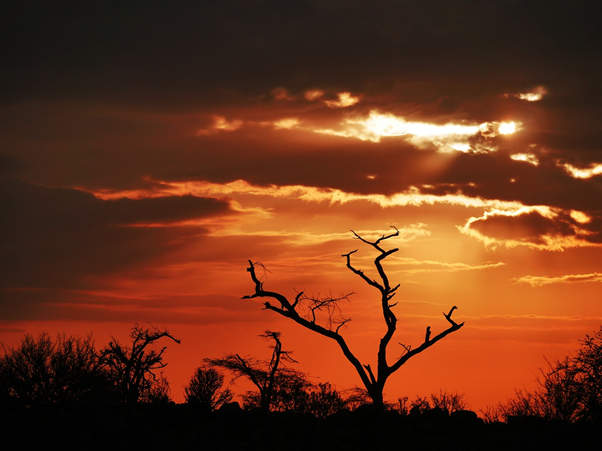 Image by MonikaP from Pixabay

The Savuti Marsh is another highlight of the area due to its haunting scenery. It’s a moving and touching scene – a landscape of ghostly trees filled with an abundance of animals.

The ethereal setting was formed when after years of a dry spell, the Savuti Channel once again flowed and flooded. This led to the drowning of numerous acacia trees, many of which became sun-bleached over time. They exist here still, cutting a striking picture for visitors.

The wet season is a great time to visit the Savuti Marsh as many rare species of birds flock to the area to nurture their young. Zebras also make their way to Savuti at this time, meaning more predators prowl the area to find prey. 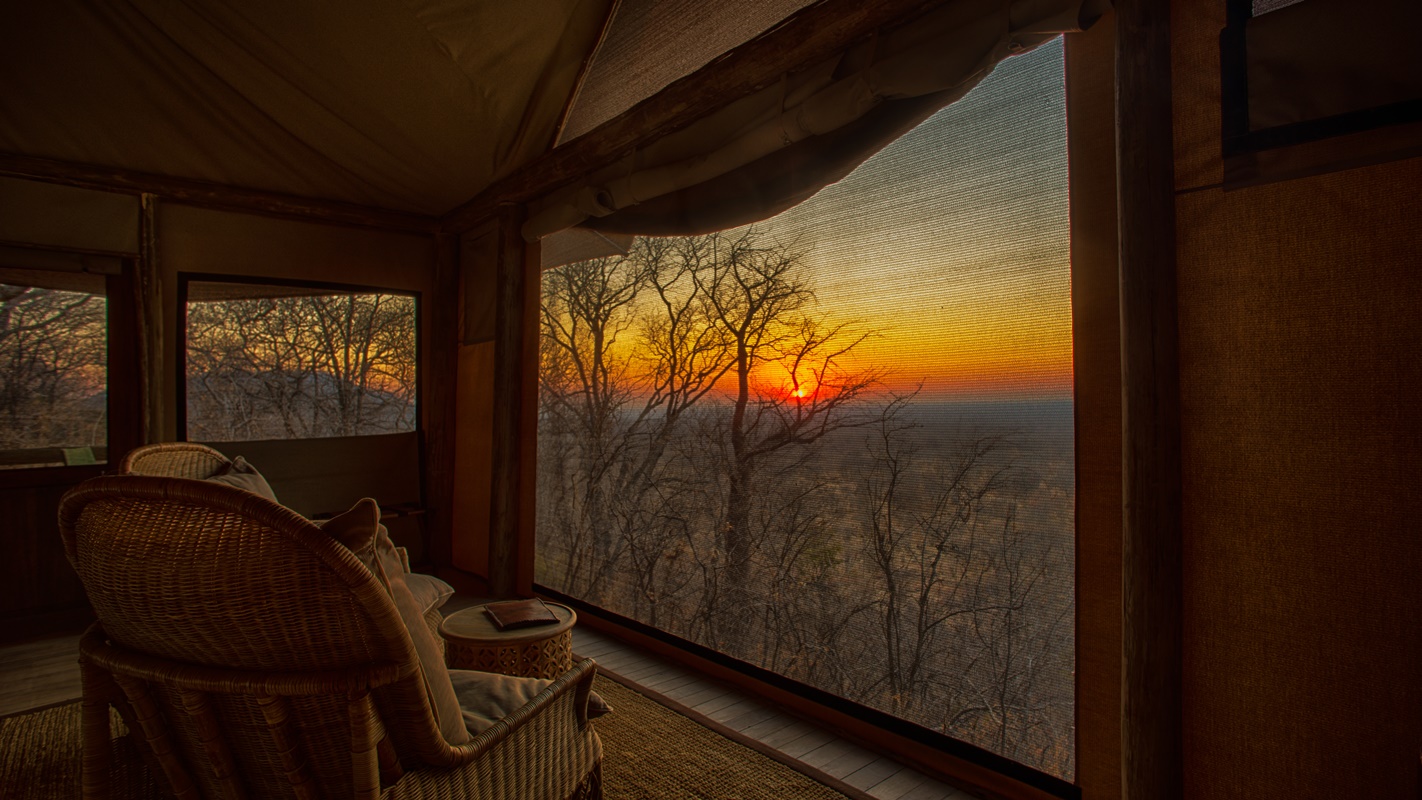 For safari enthusiasts looking for an authentic experience, but with all the creature comforts, a tented camp is a fantastic accommodation option. If you visit a Savuti camp in Botswana, only canvas will separate you from the sights and sounds of the wild. And, you can still enjoy the perks of airconditioning, plush beds, and world-class service.

You’ll delight in outdoor showers under the bright starry skies. And, you’ll love that you can see animals from the moment you walk out of your tent. It’s glamping with some serious emphasis on the GLAM.

&Beyond Savute Under Canvas is one such Savuti campsite. It’s a comfortable mobile camp in a remote and wild setting, offering a truly remarkable experience. Ghoha Hills Savuti Lodge has 11 luxury tents designed to blend into the natural environment. The elevated position of these rooms provides unparalleled 180-degree views of the surroundings.

Of course, if you prefer the safari lodge atmosphere, don’t feel left out. There are a few wonderful options for you too. 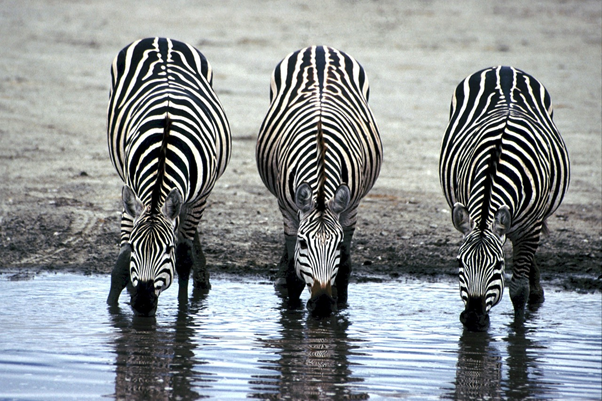 Image by skeeze from Pixabay

For many game lovers, a safari lodge ticks all the boxes. A private, relaxing environment where you can recline in a wicker chair on a viewing deck, cocktail in hand, with elephants gently swaying by the watering hole… Bliss!

Game drives and walking safaris conveniently leave from your lodge. And, you can visit the lodge’s bar and restaurant before retiring to your chalet for some peaceful reflection and relaxation after a day of magical wildlife viewings.

The Belmond Savute Elephant Lodge is a marvellous option for game viewing as it has a unique viewing hide overlooking the watering hole where you can see cheetah and hyenas in their natural element. In addition, Savuti Safari Lodge has its own character with its shaded viewing deck, sparkling swimming pool, and resident elephants. 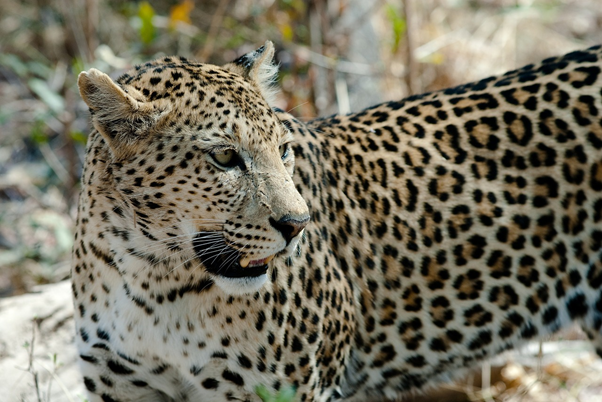 Savuti is more remote than other safari experiences in Botswana, like the Chobe Riverside game drives. This is beneficial for visitors wanting a more secluded and exclusive experience, however, it can mean that driving is quite a “hands-on” experience.

A 4×4 is required and advanced planning is encouraged, especially in terms of devising routes between accommodations and destinations.

If you’re visiting multiple areas in Botswana, we’d recommend flying. The views are breathtaking and there is nothing as awe-inspiring as seeing Africa by air. Many lodges have their own active airstrips, meaning you can book a charter flight from Kasane or Maun.

We’d also suggest visiting Savuti between November and December. This is usually when the summer Zebra migration occurs, the second-largest in Africa, which attracts many predators and is a sight to behold.