Experience It – The Okavango Delta 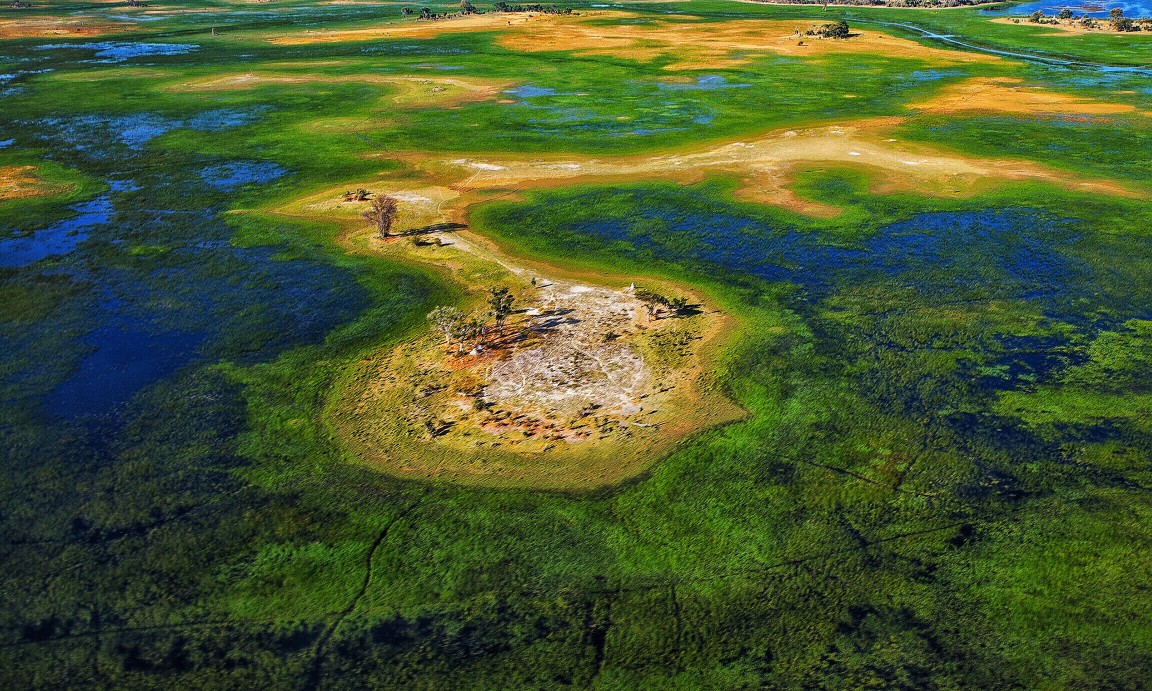 The Okavango Delta is a wilderness destination unlike any other. It’s everything you could dream for in a safari experience. From exhilarating big game viewing to expansive natural beauty, you’ll experience Wild Africa at its best.

Imagine marshland, dryland, and woodland all in one region. An environment that constantly changes according to the seasons. Palm-fringed waterways dotted with an unbelievable number of animals. This is what awaits you.

Also known as the jewel of the Kalahari, the Delta has a truly remarkable story. Join us as we take you through the tale of how this Botswana treasure was formed. We’ll also share some tips on the best time to visit the Okavango Delta and the greatest way to see it (spoiler alert – it’s by scenic flight). 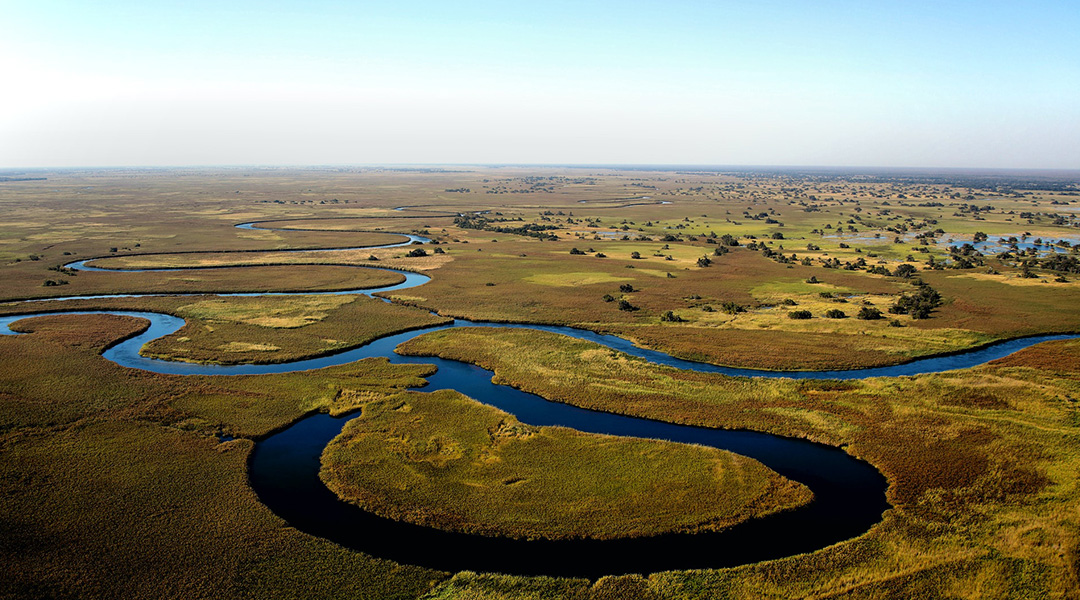 The Okavango Delta is a unique wetland that is formed when the Okavango River flows into the Kalahari Desert from the highlands of Angola. The Delta is a formidable river that spills into a landmass in the middle of southern Africa, not into the ocean as one would expect.

In fact, this is one of the reasons this area is considered an ecological wonderland. This region is one of few delta systems that are completely cut off from the ocean. The seasonal rains sustain the plants and animals and the landscape changes dramatically according to the time of year.

The Delta is an alluvial fan and has been steadily developed over time by tons of sand that has flowed down the Okavango River from Angola. The region comprises varying areas that are occasionally, seasonally, or permanently flooded.

Although the main alluvial fan is based in Botswana, the river system has influences from a number of places. The Delta is the final product of a river system that has catchment areas in Angola, moves through Namibia, before reaching Botswana. Once in Botswana, the system is distributed across the fan. 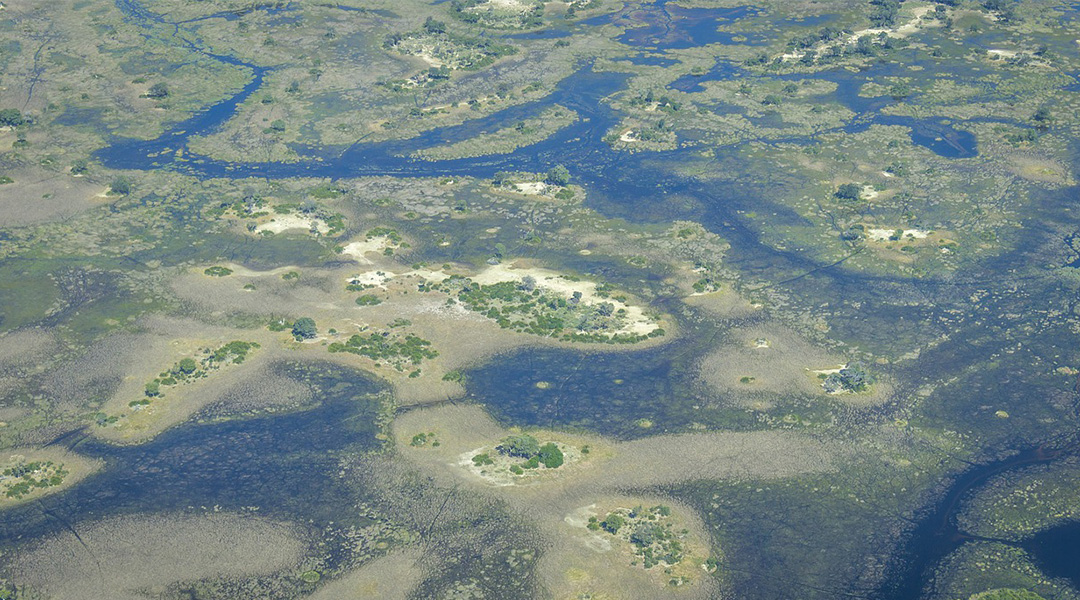 The directions the waters take are dependent on sedimentation, slope, and faults carved long ago. These routes and channels have also been shaped by animals both large and small. Large pods of hippopotami lumbering up and down the waterways and millions of termites building their hills have all played a role in the shaping of this beautiful waterway.

Characteristics of the Delta

Due to the many different things that influence the Delta’s watercourses, the waterflow is incredibly unpredictable. Every day is different here and there’s an adventure around every corner. That said, there are two distinct parts of the Okavango Delta.
The first is the permanent swamp, which is filled with water throughout the year. Here you’ll find vegetation like:

Then, there is the seasonal swamp, which witnesses annual flooding, but dries as the summer season comes near. This swamp showcases open grass-covered floodplains in the summer. In the winter, it is filled with water. On the edges of the plains, there are fan palms, fig trees, and sausage trees, unlike anything you’ve ever seen. 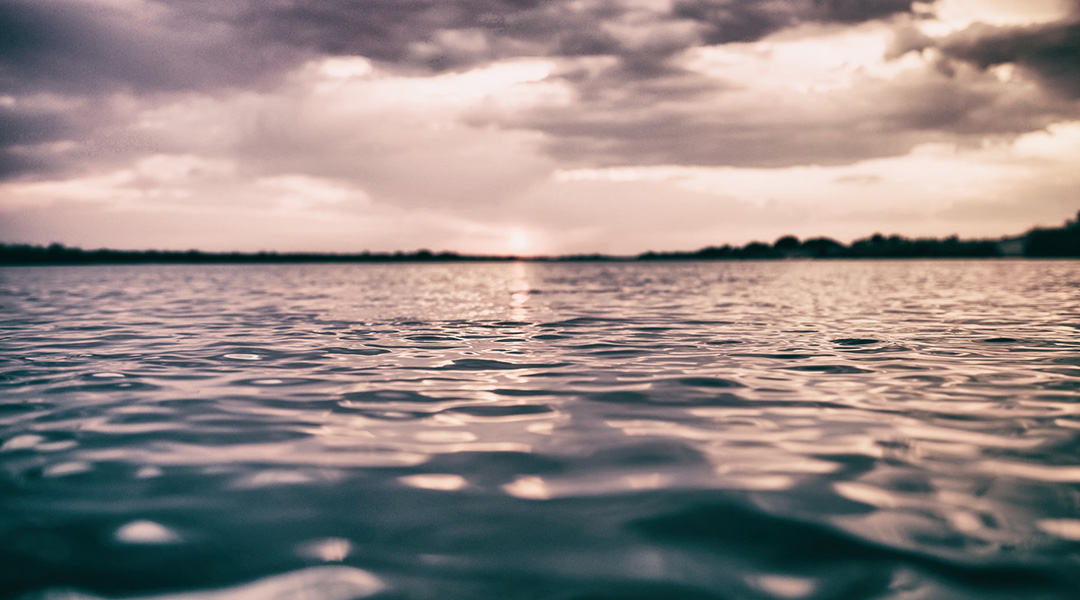 The best time to visit depends on what you want from your experience. Do you want to see the Big Five, wonder at this marvelous system in full flood, or maybe make the most of cooler temperatures? Whatever your goal, take a look at these guidelines to help you plan according to Okavango Delta’s seasons.

Between June and August is the high water season. This is a fantastic time to visit for those hoping to try out a mokoro (canoe) safari. Many animals head to the area at this time, which also makes it the ideal time to visit for wildlife viewing. Last but not least, the climate during these months is mild and dry, and mostly mosquito-free.

In September and October, the Okavango Delta’s weather turns up the heat. These months are also a good time to visit the Delta. Animals congregate in huge numbers on their fringes to access water.

November to April is the rainy summer season. This is where visitors can enjoy some sensational bird watching as the Okavango becomes a hive of activity for birds of every colour.

Best Way to Experience It

There is only one answer for this. By air, of course! There is no better way to see the vast expanses of the Okavango Delta than from the sky. With a birds-eye view, you can see how the waterways are woven together, creating a beautiful and intricate system of channels.

Glorious marshes spill into lagoons and meandering rivers diverge into languid pools. Islands are dotted with palm trees that wave at nearby zebra, buffalo, and grazing wildlife. The best part is that you’ll take it all in from the comfort of the air-conditioned Mack Air fleet as you experience the Okavango Delta at a higher level.