Experience It – Tuli Block, Botswana: The Land of Giants 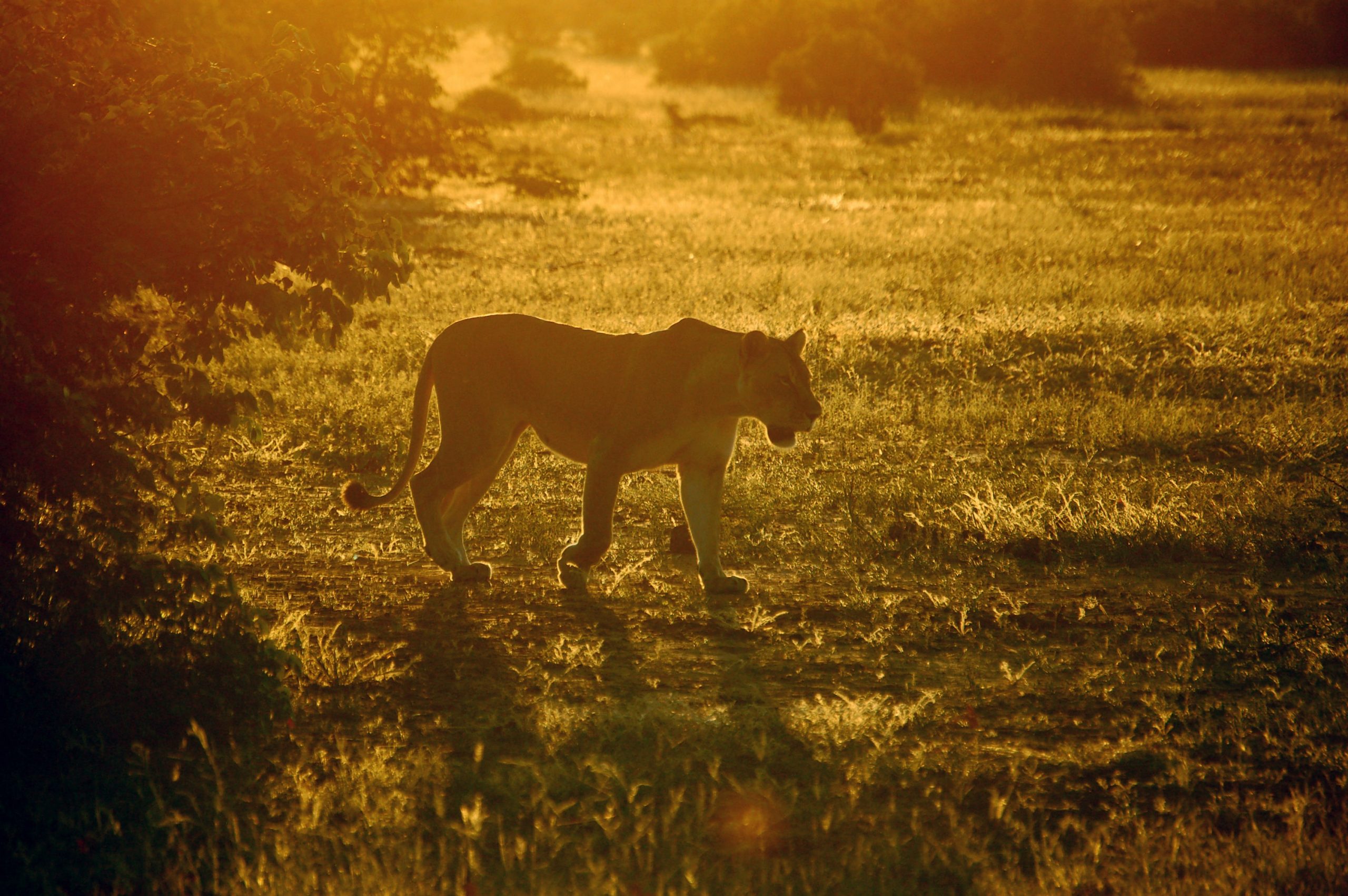 
Experience It – Tuli Block, Botswana: The Land of Giants

Rugged natural beauty and a wildlife paradise await you in the small corner of Botswana called the Tuli Block, originally the Tuli Enclave. This narrow fringe of land is tucked between South Africa’s Mapungubwe National Park, a World Heritage Site, and Zimbabwe.

The north-eastern section of the Block has been declared the Northern Tuli Game Reserve, which spans over 71 000 hectares in size. The reserve is home to one of the safari world’s best-kept secrets: Mashatu.

In this post, you will find out how to reach the Tuli Block and a bit about its history. You’ll also discover more about the Northern Tuli Game Reserve and the magical wilderness that is the Mashatu Reserve.

Getting to Tuli Block 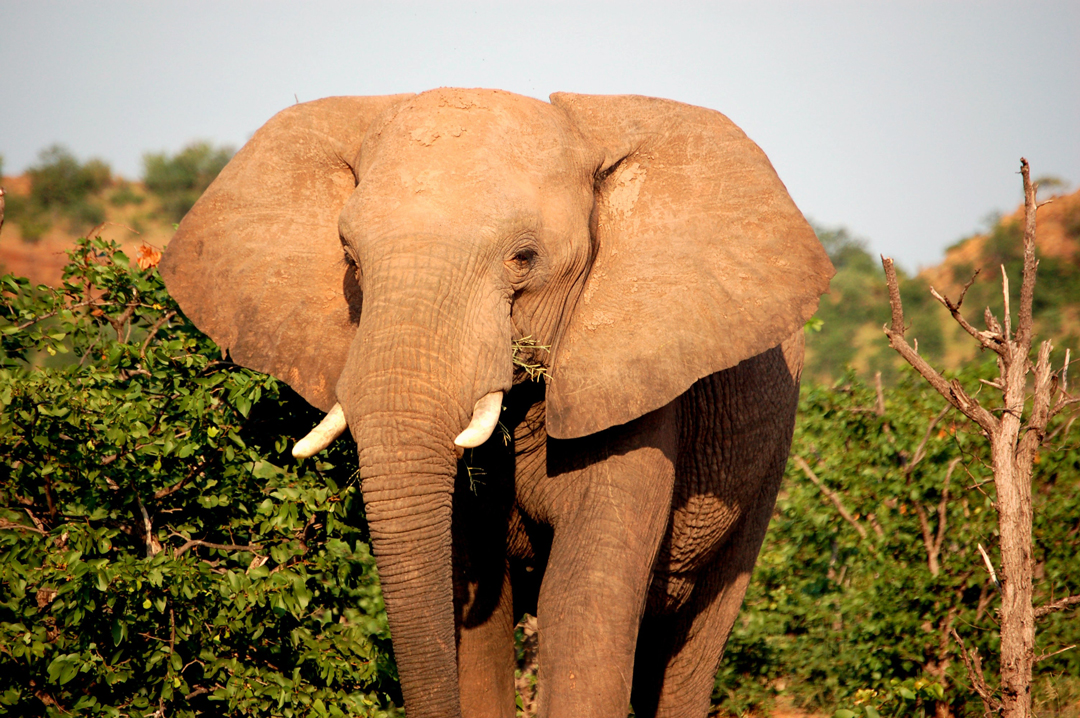 The Tuli conservation area has a private airstrip that serves the Northern Tuli Game Reserve. Mashatu Game Reserve owns the airport, which is known as the Limpopo Valley Airfield. Flying into the reserve is a convenient option for those who want to spend some time marveling at the wildlife in this beautiful place.

It’s important to note that there are no scheduled flights to the Tuli Block area at this point. You can, however, book a charter flight with Mack Air from Maun, Kasane, Gaborone, or other reserves and parks across Botswana. 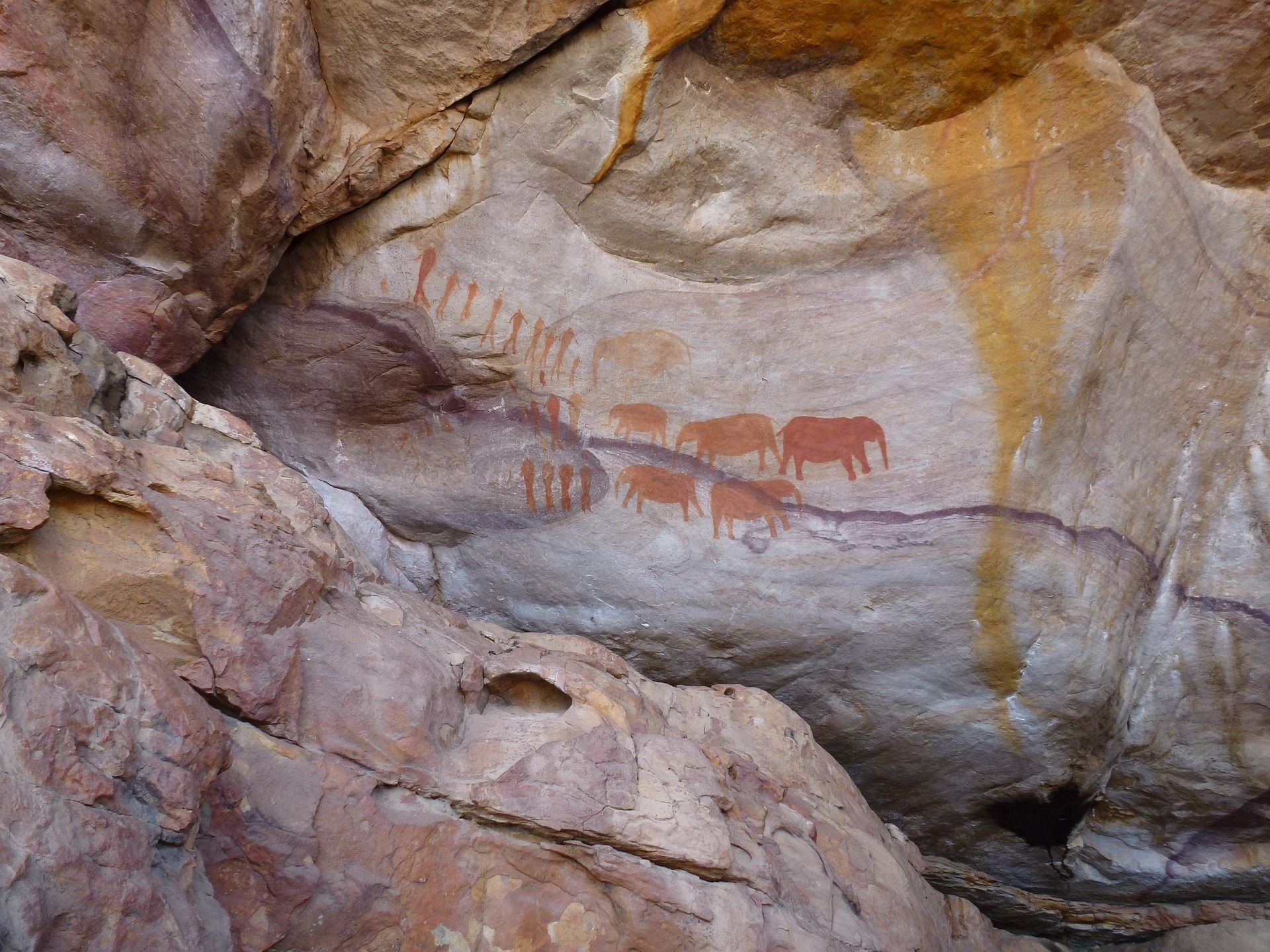 Image by Peter Holmes from Pixabay

Long long ago, this glorious stretch of land was inhabited by the Bushman. These native people wandered the plains and lived in and among the amazing Limpopo Valley rock formations. The Bushmen were nomads who lived off the land and left behind beautiful cave paintings, some of which can still be seen in Tuli today.

Their peaceful way of life lasted for a good while, up until about two millennia ago when the Iron Age settlers made their arrival. These settlers were skilled craftsmen who established commercial villages in the area. These settlements formed a trading community between tribes in the region.

As time went on, the Tuli region saw conflict between its tribes and people. A class structure emerged and tribe chiefs began gathering wealth and influence. By the nineteenth century, Tuli was riddled by disputes, most of these occurring between two powerful African chiefs.

This became further complicated when the past president of the South African Republic, Paul Kruger, and the former prime minister of the Cape Colony, Cecil Rhodes, stirred up trouble between the chiefs for their own gain. The building tension between Britain and the South African Republic eventually resulted in the Anglo-Boer war. You can still see some of the battle fortifications from this historic period in the Tuli Block today.

As well as being touched by war, this region also had a history of hunting. The Tuli Block was teeming with biodiversity, which attracted many “great white hunters” to the area. They sought status here, especially as Tuli had the reputation for being a “hunt-at-your-own-risk” area.

Fortunately, nature enthusiasts became worried about the decrease in the region’s wildlife. This led to the establishment of the Northern Tuli Game Reserve as a means of conservation. 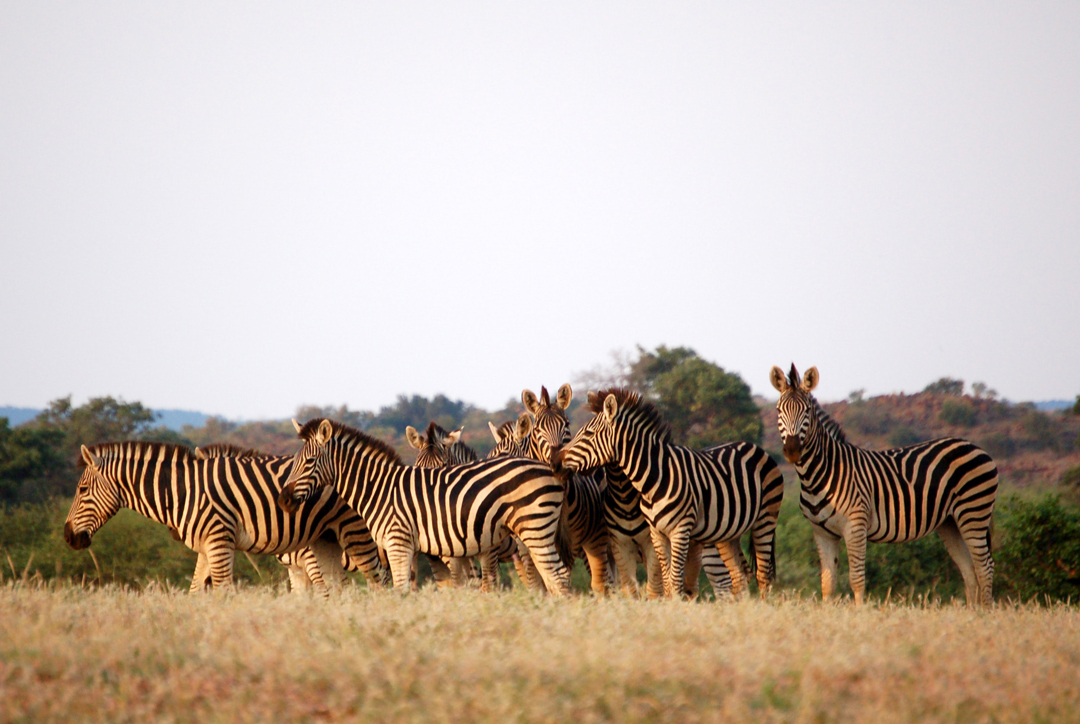 The Tuli Block, including the Northern Tuli Game Reserve and the Mashatu Game Reserve, is considered to be the Land of the Giants. Home to greats, such as elephants, lions, and even the world’s largest antelope, the eland, you can understand how the area achieved this reputation.

Below, we’ll take a look at the highlights of these two reserves. 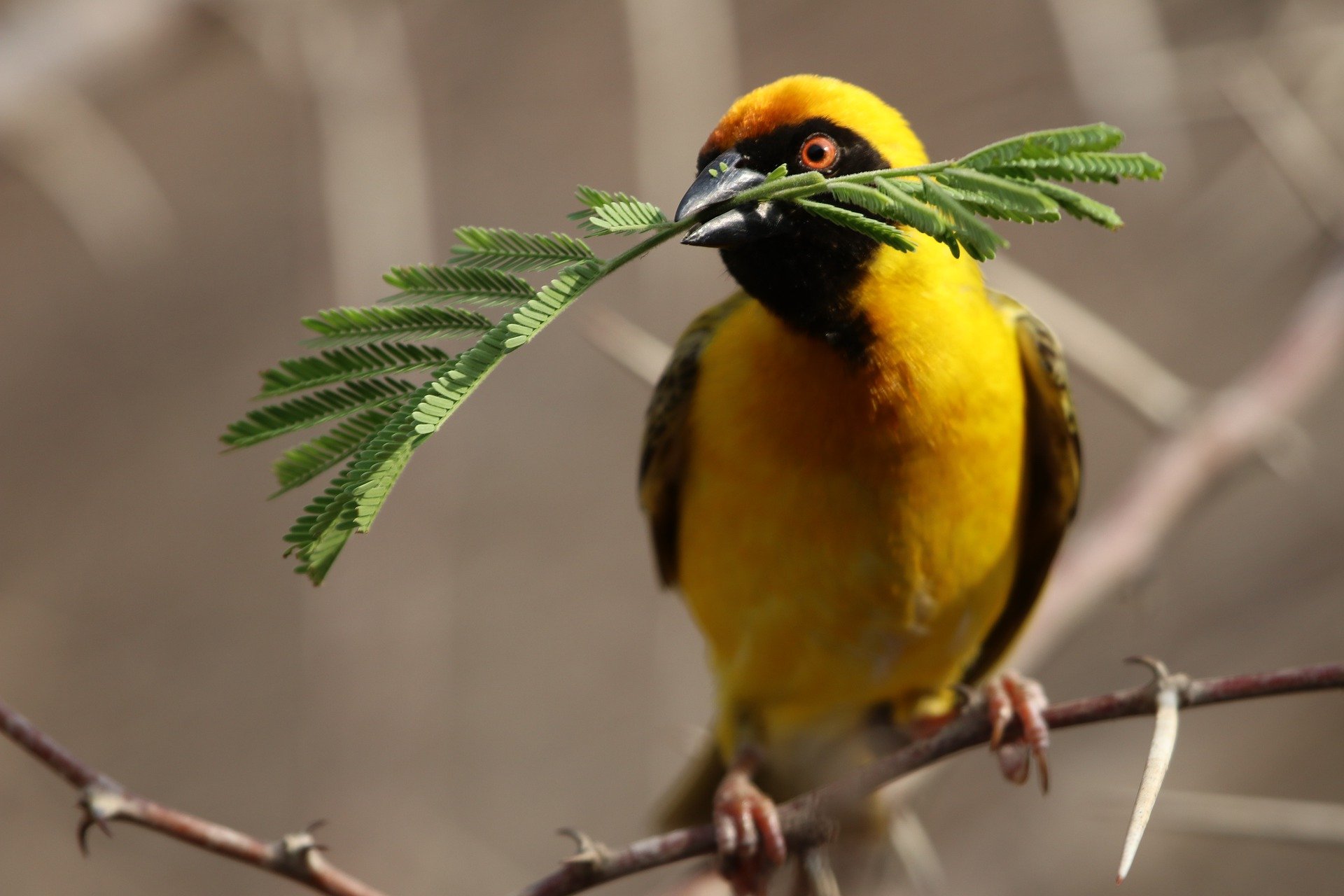 Image by Heike Hartmann from Pixabay

Mashatu Game Reserve is a large wildlife conservation area that spans 29 000 hectares of privately-owned land in the Northern Tuli Game Reserve. The area lies to the east of Botswana and is the meeting place of the Limpopo and Shashe Rivers.

The reserve takes its name from the grand Mashatu tree. These large green trees are dotted along the riverbanks in the area and offer shade and food to many of the reserve’s animals.
Mashatu is home to the world’s tallest bird, the ostrich, and tallest mammal, the giraffe. Add to that the herds of elephant and eland that roam the area and you can see how it lives up to its adage as the Land of Giants.

The reserve is home to three of the Big Five and some less-famous yet incredibly interesting animals like the aardwolf, African wildcat, and the small but fierce honey badger. The reserve also offers over 350 species of birds, including Africa’s largest flying bird, the Kori Bustard, and the vibrant lilac-breasted roller. 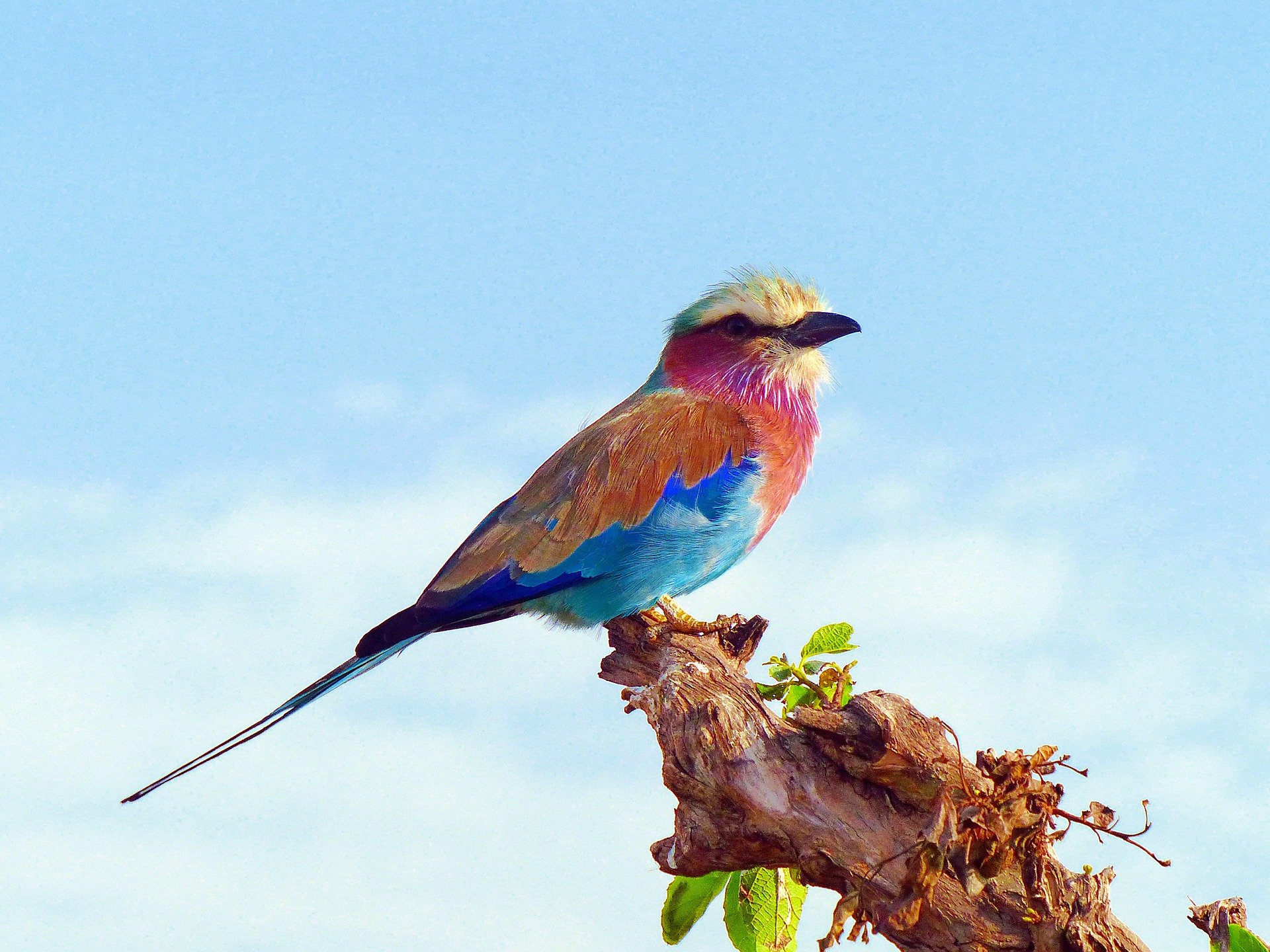 Image by Tony Coxon from Pixabay

On top of the extraordinary diversity of wildlife, Mashatu also has a variety of exciting safaris for you to experience. From cycling trails and horseback safaris to game-viewing walks and open-vehicle drives, you can enjoy Africa in the most exhilarating of ways!

Expect the best in hospitality with friendly and helpful staff and be assured that relaxation is the order of the day. You can choose between the opulent lodge or the intimate bush experience offered by the Mashatu Tented Camp. Either way, you’re sure to have a luxurious escape from the stresses of life. 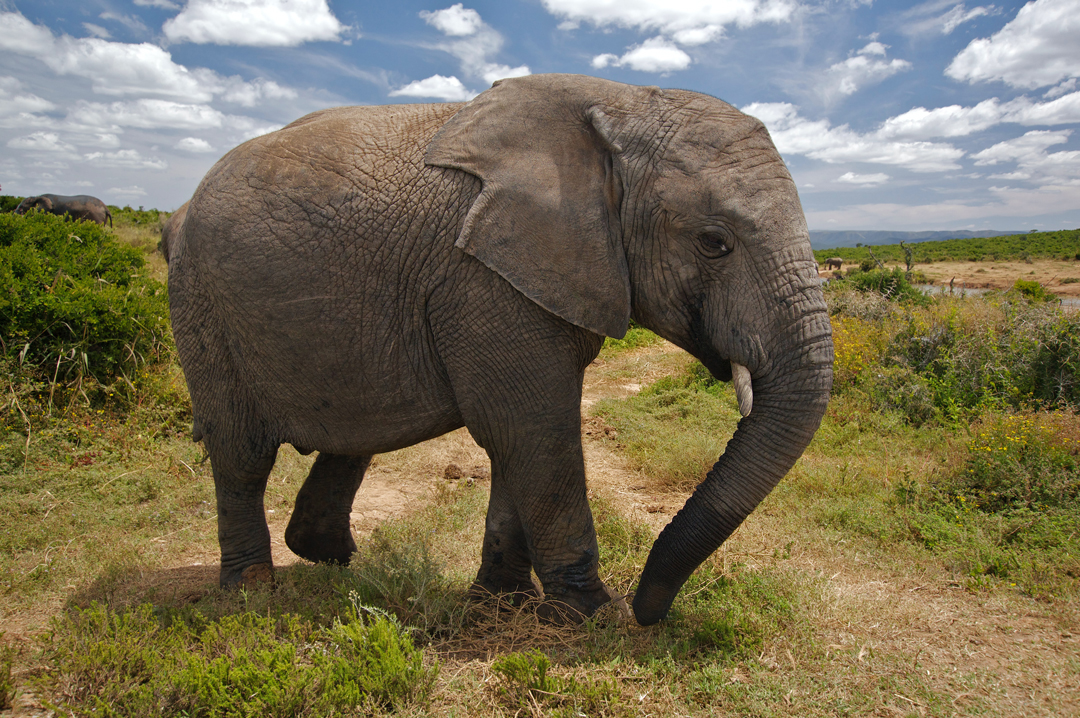 Photo by Wolfgang Hasselmann on Unsplash

The Northern Tuli Game Reserve is defined by its spectacular landscapes, a rich myriad of wildlife, and a plethora of historical and cultural attractions. The reserve stretches across the Limpopo, Shashe, and Motloutse rivers and includes three private concessions.

These concessions include the Mashatu and Nitani private reserves as well as Tuli Safari Lodge. These three destinations offer plenty of accommodation for those looking to spend a week or two in this thriving region.

The reserve’s habitats vary, with landscapes ranging from bush and riverine woodland to marshes and geological formations, like sandstone cliffs and unique kopjes. You’ll be on the edge of your seat trying to snap as many pictures as you can of the dramatic scenery and fascinating wildlife!

Similar to Mashatu, this reserve also offers a variety of safaris. For something different, you can take in the sights from a hot air balloon. You’ll feel on top of the world as you survey the gorgeous vistas stretching out around you.
It’s important to note that there are no scheduled flights to the Tuli Block area at this point. You can, however, book a charter flight with Mack Air from Maun, Kasane, Gaborone, or other reserves and parks across Botswana. Northern Tuli Reserve also contains several archaeological sites that speak to the history of the Iron Age settlers. At these sites, you’ll see evidence of the Zhizo and Mapungubwe people’s skills, such as smelting, pottery, and mining.

This reserve has a unique charm as it offers village tours where you can visit and chat with the community headman and locals. You can also pop into a nearby school and see the children dance in full traditional clothing.

Solomon’s Wall is also worth a visit. It’s a breath-taking natural phenomenon – a basalt dyke that reaches 30 metres in height and 10 metres in width. This formation once served as a natural dam for the Motloutse River.

If you visit the Wall, keep an eye out for the glittering semi-precious stones that are littered along the riverbed. These sparkling quartz and agate rocks are evidence of the once-great lake and waterfalls that existed here.

Final Thoughts on the Land of Giants 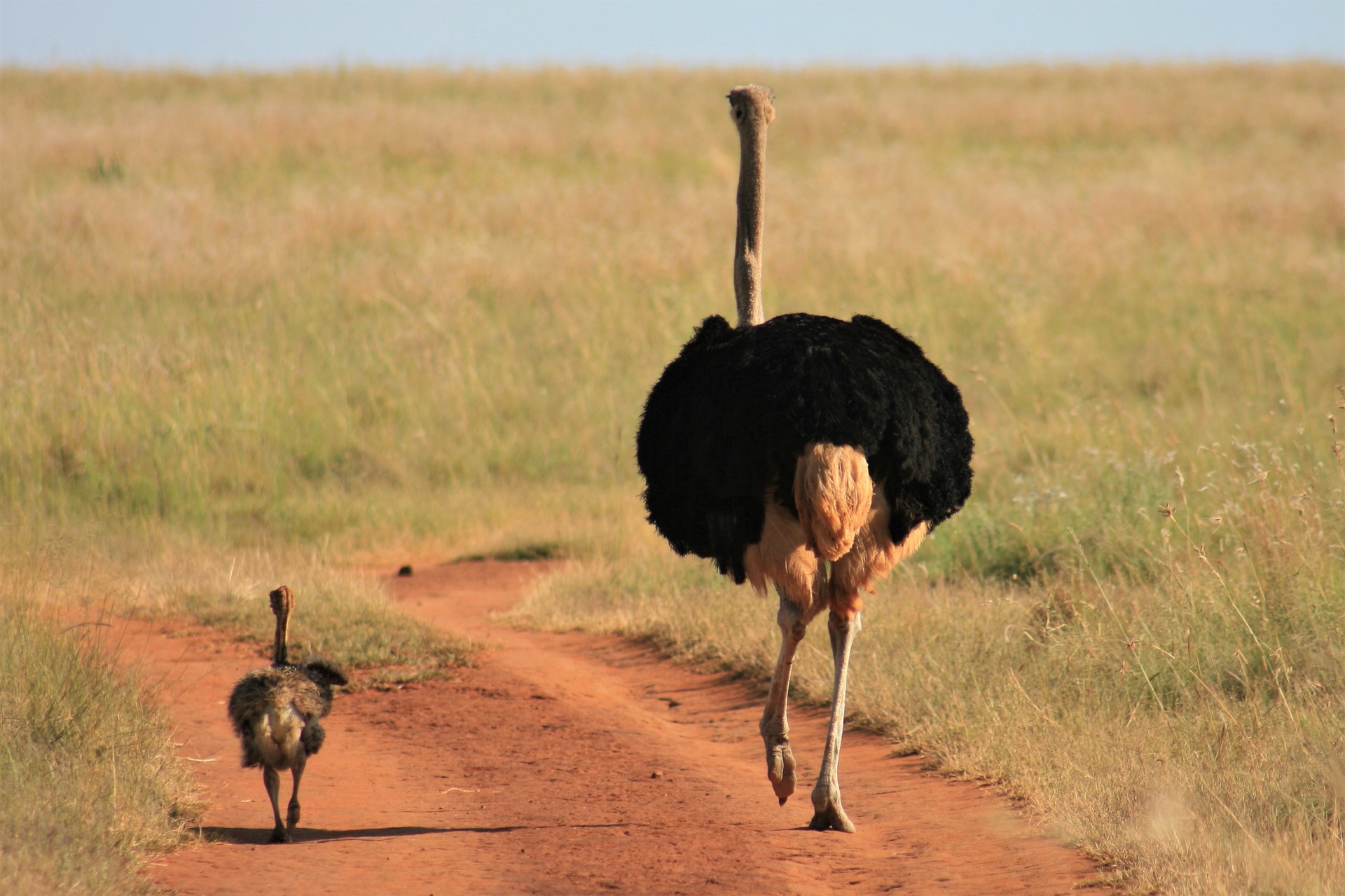 Image by Nel Botha from Pixabay

Whether you appreciate traditional game drives or fancy something different like a sky safari in a hot air balloon, you’ll find what you’re looking for in the Tuli Block.

In addition to a huge variety of animals, birds, and flora, you can also tap into the history of this interesting region. Experience the culture of those who have gone before us and take some time to explore geographical and archaeological highlights while appreciating Botswana’s wilderness.